Now that NASA’s rover Curiosity has landed on Mars and started collecting data, we are being treated to amazing images from the surface of the Red Planet.

Transferring data back and forth between Earth and Mars is no small feat, and while Curiosity isn’t quite ready to stream Netflix, it is communicating with orbiters at about 256 kilobits per second. However, there is only an 8-minute window each day during which the orbiters and Curiosity can communicate.

While the rover can communicate directly with Earth, the data transfers are extremely slow — only 32 kilobits per second — so using the orbiters remains the best option.

What if you had landed on Mars along with Curiosity and wanted to resume your normal life on the Internet. What, exactly, would that look like? 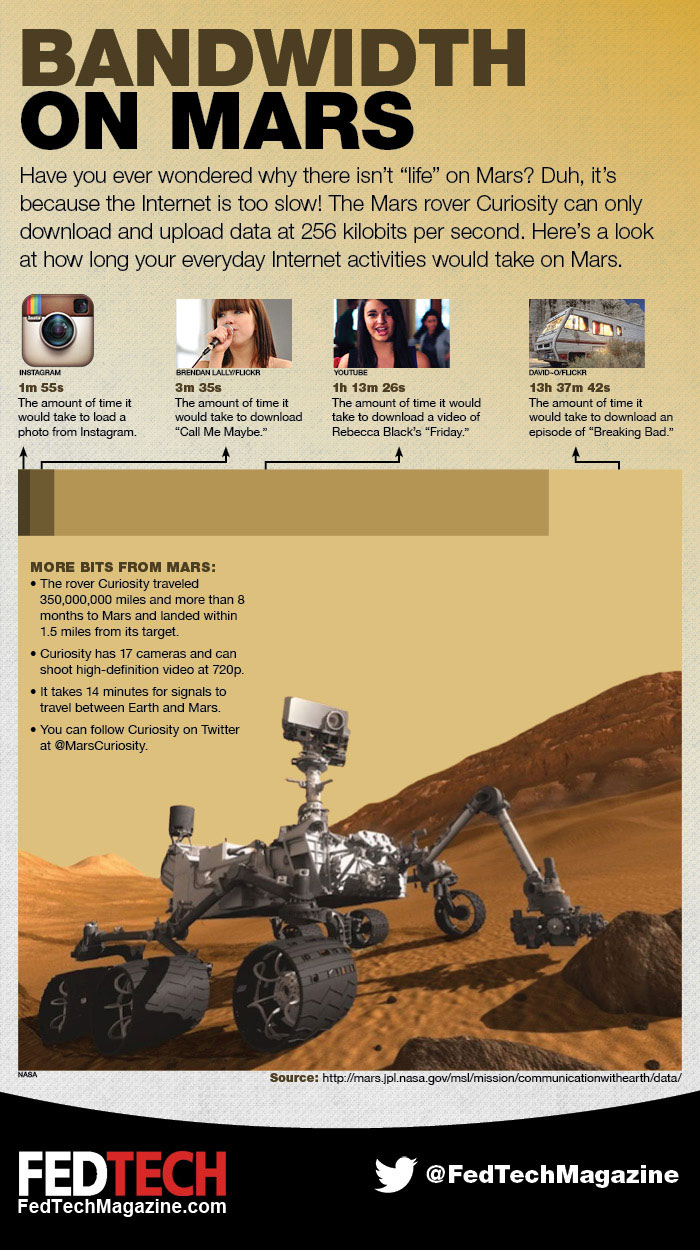 Read more about Curiosity on NASA.gov.