You’re currently reading this article on the Internet, a system that was first developed by the Defense Advanced Research Projects Agency (DARPA) as ARPANet. The Internet is probably DARPA’s most famous “invention” but the agency has had a hand in numerous scientific and technical achievements that have helped transform modern life.

Founded in 1958 at the dawn of the Space Age as the Advanced Research Projects Agency, and eventually known as DARPA, the Defense Department’s research arm has often worked on foundational research and development that later led to commercial technologies and products. DARPA’s researchers and program managers likely did not foresee every future application of their research, but it’s fair to say that without the initial legwork and R&D, many of the technologies that we take for granted today would not exist.

Here are five of the most incredible technologies DARPA had a hand in inventing:

The ancestor technology of today’s cloud computing was the Multiplexed Information and Computing Service, or MULTICS, a research project DARPA started in 1965 that was led, in part, by the Massachusetts Institute of Technology.

The project, which also involved General Electric and Bell Labs, was a timesharing mainframe computer service, “in which a large machine switched its attention between multiple users, giving each the impression of conversational computing with a ‘virtual’ computer,” according to the Multicians website, which maintains a history of the project.

MULTICS was designed to enable remote use of computer terminals and continuous operations, as well as support for a wide range of applications. The technologies became the basis of Unix and were eventually commercialized by Honeywell. Although DARPA did not directly invent “the cloud,” MULTICS was its precursor.

DARPA is, after all, a military research organization, and the precursor to the Global Positioning System (GPS) traces its origins to a military project. As technology website Alphr explains: “Following the launch of Sputnik in October 1957, two U.S. physicists at the Johns Hopkins Applied Physics Lab (APL) discovered that by using radio transmissions and the Doppler effect (the change in frequency of a wave for an observer moving relative to the source of the wave) they could pinpoint the precise location of the Sputnik satellite.”

The researchers then reversed the technology, and became able to determine someone’s location, given a satellite’s location. The U.S. Navy aimed to use this technology for its submarine-launched Polaris missile system, which required the Navy to know the submarine’s precise location.

Following launch of Sputnik, the APL and DARPA jointly developed the TRANSIT system, also known as NAVSAT, which used a constellation of five satellites to offer a navigational fix approximately once per hour. The first successful test of the system occurred in 1960 and the Navy started using it in 1964. This became the precursor to GPS, which is now widely used around the world by consumers and companies for navigation and location-based services.

In 2003, DARPA started its CALO project, for “Cognitive Assistant that Learns and Organizes,” under its Personalized Assistant that Learns (PAL) program. DARPA awarded SRI International with a five-year contract to research artificial intelligence. The goal of the project was “to create cognitive software systems, that is, systems that can reason, learn from experience, be told what to do, explain what they are doing, reflect on their experience, and respond robustly to surprise.”

DARPA followed CALO by launching the Broad Operational Language Translation (BOLT) program in 2011 as part of an effort to create new techniques for automatic translation and language processing. However, the Siri tool was one of the fruits of CALO. Apple bought Siri in 2010 and brought it to its iPhones in 2011.

The Ability to Detect and Stop DDoS Attacks

A distributed denial-of-service (DDoS) attack occurs when an online service is brought down by being overwhelmed with traffic from multiple sources, often numbering in the thousands. DDoS attacks still occur but used to be much more common. Thanks to DARPA, network administrators can breathe a little easier.

DARPA’s Lighthouse Project research led to the discovery of solutions that made it much easier to detect and stop DDoS attacks, and was eventually commercialized by Arbor Networks.

As Arbor explains: “The Lighthouse Project was spun out of the University of Michigan and funded by DARPA in the late 1990s. This led to the discovery of highly scalable, service provider-class solutions for the rapid detection, backtracking and mitigation of DDoS attacks. The technology was commercialized through the founding of Arbor Networks in the summer of 2000.”

Before Google Maps’ Street View, there was the Aspen Movie Map, which provided a virtual tour of the streets of Aspen, Colorado. The project, funded by DARPA and carried out by MIT, came to fruition in 1979 after the researchers used video cameras mounted on a car to capture images of the city’s streets.

As technology website ExtremeTech explains: “Made with an array of four gyroscopically-stabilized 16-mm cameras mounted on a car, images were captured every 10 feet — as measured by a bicycle wheel trolled behind the car. The resulting images were painstakingly assembled into a navigable laserdisc, for viewing as an early prototype of virtual reality.”

As Alphr notes, the project was designed to use interactive movie maps to familiarize soldiers with territory for their missions, stemming from the 1976 Israeli army hostage rescue at Entebbe airport in Uganda (the Israelis had trained for the mission using a replica of the airport itself). However, it also was the seed of Street View and similar services that allow users to place themselves inside virtual street environments.

For more on DARPA’s culture of risk-taking and how it can lead to technology innovations, check out, “DARPA Director: Today's Risky Bets Will Be Tomorrow's Technology Breakthroughs.” 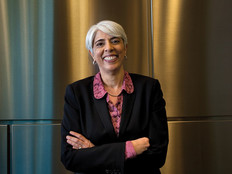 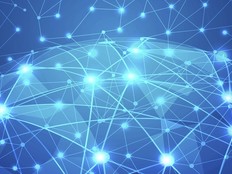 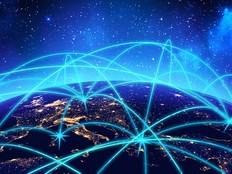