Microsoft’s announcement last month that it will bring SQL Server, its signature relational database, to devices running the open-source Linux operating system rattled the technology world: the Wall Street Journal said the move would have been “unthinkable just a few years ago.” However, it might be welcome news for federal government users, who will get to test out a preview version ahead of its wider commercial launch, which is expected next year.

Microsoft has already reached out to government users to test out SQL for Linux, which would give federal IT workers and others who use SQL another technology option.

“They will get to test drive the core relational database, develop and test applications, and try out some new features of SQL Server 2016 that haven’t been publicly released yet,” Microsoft Federal CTO Susie Adams told FedScoop.

Scott Guthrie, executive vice president of Microsoft’s Cloud and Enterprise Group, announced in a blog post last month that Microsoft will be conducting a private preview of SQL for Linux, ahead of the planned commercial launch in mid-2017. Adams confirmed to FedScoop that federal government customers will be part of that private preview and that Microsoft has reached out to some about participating, though she did not say which agencies may take part.

An Unexpected Announcement, with Clear Benefits

Microsoft’s announcement was unexpected, given that it has long restricted access to SQL Server to users of its Windows platform, since SQL is a Windows-platform-based software. Indeed, as the Journal notes, former Microsoft CEO Steve Ballmer once called Linux, which anyone can use for free under an open-source license, a “cancer.” But as the newspaper reports, under Ballmer’s successor, Satya Nadella, Microsoft has embraced a more cross-platform mentality, seeking to get its cloud-based applications and services onto rival software platforms.

Guthrie said Microsoft’s decision “will enable SQL Server to deliver a consistent data platform across Windows Server and Linux, as well as on-premises and cloud.”

He added: “SQL Server on Linux will provide customers with even more flexibility in their data solution. One with mission-critical performance, industry-leading [total cost of ownership], best-in-class security, and hybrid cloud innovations — like Stretch Database which lets customers access their data on-premises and in the cloud whenever they want at low cost — all built in.”

In the same Microsoft post, Al Gillen, group vice president for enterprise infrastructure at IDC, said that in bringing SQL Server to Linux “Microsoft is proving its commitment to being a cross platform solution provider. This gives customers choice and reduces the concerns for lock-in.”

Microsoft clearly felt that it needed to compete with Linux-compatible database products from rival companies like Oracle and IBM. “This basically opens the door to the entire market,” Guthrie told the Journal.

Adams told FedScoop that Microsoft, in making SQL Server available on Linux, was responding to overall customer demand and that was driven “just as much, proportionally, by demand from government customers, federal customers, as from commercial customers.”

Ultimately, Microsoft will work with government agencies that may use operating systems other than Windows. “The world we live in is a multi-platform world,” Adams said. “Customers want to be able to take advantage of the innovations we are offering on SQL Server, no matter what platform they are using.” 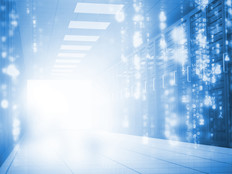 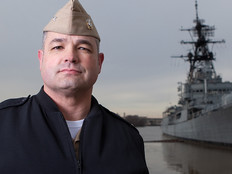