Microsoft continues to integrate Cortana into more devices across the Windows ecosystem. What started on Xbox and Windows Phone is now available on every Windows 10–enabled device.

A smart personal assistant, Cortana recognizes natural voice patterns and responds in a way that closely resembles that of a real person. As Windows 10 makes its way into more agencies, busy federal workers can call on a number of Cortana’s features to help with work-related tasks.

Keeping Track of Your Day

Cortana’s calendar manager and reminder features are invaluable. “What does my day look like?” yields a thorough breakdown of every appointment, including times and locations. Add appointments simply by telling Cortana, for example, to “add a dentist appointment for 3 p.m.” The item appears immediately on the calendar.

Cortana also offers context. After reading a day’s appointments, users can ask Cortana about next week’s schedule, and it will know the request refers to the calendar. Users can make such context-specific queries in many other Windows 10 features.

Cortana offers a variety of reminders based on certain triggers. For example, Cortana can set an alert when someone calls through a command, such as “remind me to tell Ryan he owes me money for lunch next time he calls.”

Users can also tell Cortana, say, to remind them to get bananas next time they pass a grocery store. When the device’s global positioning system nears the user’s preferred store, Cortana will remind him or her to stop.

Cortana can set up more traditional reminders as well, such as “remind me to water the grass at 7 a.m.,” and send notifications to any Windows-enabled device.

Cortana can be tasked with tracking the status of airline flights and traffic conditions, read a user’s email for new flight information and send updates on changing flight conditions.

Users who simply want to check on the status of a flight can tell Cortana, for example, “Give me the status of American Airlines flight 565,” and it will be done.

Cortana can also monitor traffic conditions to ensure users get to the airport on time, sending an alert when a user should leave earlier to avoid a traffic jam.

Like Apple’s Siri, Microsoft’s Cortana features too many options to highlight on a single page. Cortana can provide users with a guided tour of all of its functions in response to the simple command, “What can I say?” Just ask, and she’ll be happy to help. 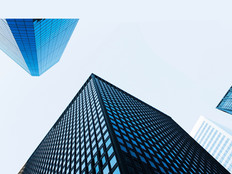