The Internet of Things offers nearly limitless opportunities for agencies, but the scope of this technology may create as many challenges as it does opportunities.

IoT is the concept that nearly anything — for instance, postal vehicles, office lighting fixtures and roads, to name just a few — can be equipped with sensors that collect information and then relay it over a network connection. Where that data ends up, and how it’s acted upon, is tackled through a process known as digitization.

Before IoT, IT professionals used the term digitization to describe the conversion of printed content, such as text and images, into digital form for easier sharing and archiving. With IoT, the term has taken on new meaning.

“Now, digitization is being used more broadly to encompass the use of digital information to transform business processes,” says Gary Hall, Cisco Systems’ federal strategy, planning and operations leader. “IoT is about generating the data, and digitization is about applying it — for instance, for automating or for making better decisions.”

For federal agencies, digitization is ­critical to maximize the return on their IoT investments. It provides the tools necessary to efficiently analyze and then act on the data that IoT generates.

As an agency’s IoT initiatives scale up, so does the volume of data the agency has to handle. Digitization helps agencies avoid the kind of information overload that stymies decision-making. 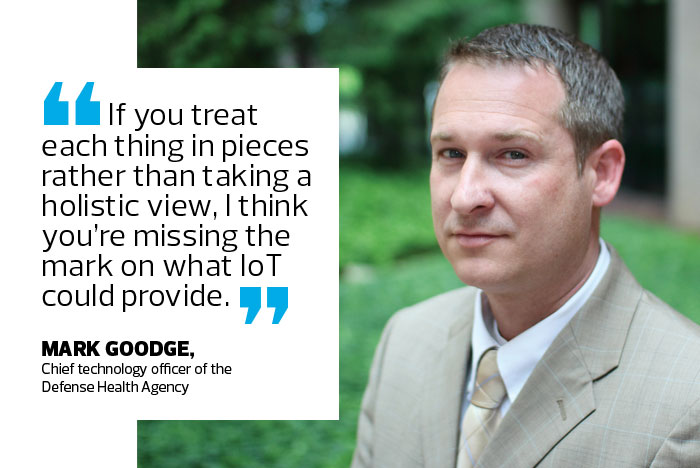 Enabling Automation Based on Data

One way to manage mounting IoT data volumes is to define what data patterns are relevant and program a corresponding automated action. Automation rules can be set to alert a human only when data is outside of predetermined parameters or when the data starts trending in a specific direction. Alternatively, rules can trigger a system — such as the lighting and air conditioning in a smart building — to take action on its own (for example, turning out the lights in an empty room), with no human intervention.

Both approaches help reduce IoT-related costs such as the number of users required to act on the information. These approaches also reduce the fatigue that comes with fielding too many alerts, so users are better able to act on those that warrant their attention.

Some vendors, such as Cisco, IBM and Hewlett-Packard Enterprise, offer analytics solutions that sit at the network’s edge, fielding data from IoT devices. These nodes use techniques such as machine learning to decide whether to pass data on to other centralized analytics platforms or to human operators.

A benefit of this approach is to reduce data traffic, which, if left unchecked, can create a burden for agencies whose IoT projects use expensive or bandwidth-constrained connections such as satellite links or cellular networks.

Taking a Holistic Approach to IoT

The DHA uses automated alerts for a variety of applications, including biosensors that monitor the wearer’s vital signs and activities. To respond effectively to these alerts, the agency must prioritize the data it receives via biosensors. Digitization essentially takes a longstanding healthcare practice — performing triage to prioritize treatment of multiple patients — and applies it to IoT, enabling automated systems and, if ­necessary, agency staff members to understand which information needs to be dealt with first.

“What’s the importance of that data? What is the timing and sequencing of that data?” Goodge asks. “If you treat each thing in pieces rather than taking a holistic view, I think you’re missing the mark on what IoT could provide.”

This holistic approach starts when an agency develops its digitization strategy. System developers should get input from every part of an agency that will use IoT data. Otherwise, the agency may overlook some of the ways data could be used.

“When you start planning a data team, you have to do all of the abstraction layers between the data, the applications and the visualization/user interface,” Goodge says. “What will be rendered? How will it be interpreted? And what will orchestrate and generate the whole thing to simplify the user interaction?

“That’s the art and magic,” he adds. “In my opinion, if you don’t do those three things, then you’re probably not going to meet your mark, or you’ll be overwhelmed by the data tsunami.”

In August 2015, the Postal Service inspector general issued a report about potential IoT applications, including putting sensors on its vehicles to collect information about road ­conditions. That data could be shared with communities whose “smart cities” initiatives equip them to handle IoT data from a variety of sources.

The Postal Service’s interest in IoT is noteworthy for another reason: The agency has spent decades figuring out how to collect and manage enormous amounts of tracking and other operational data — the kinds and volumes of information that IoT is designed to generate. But even that experience might not be enough to keep up with IoT.

“This poses challenges in terms of managing, analyzing, sharing and making sense of the increasing quantity of data,” says Paola Piscioneri, director of global digital and innovation research for the USPS Office of the IG’s Risk Analysis Research Center. “One of the main challenges for smart cities was not to deploy sensors to collect data, or to ­collect more data, but rather to turn existing data into actions.”

Pilot programs such as those ­proposed by the Postal Service look beyond using IoT to modernize and enhance core business practices to also consider how IoT-related data can shape future business models, revenue streams and community ­­services.

But much of the success of these pilots will depend on whether the chosen digitization strategies ­actually help agencies translate data into decisions and action.

The Internet of Things is attractive to hackers. To ­protect IoT data, digitization initiatives must include security measures, some of which go beyond those used for ­non-IoT data.

For example, encrypting data at rest addresses the threat of hackers stealing the contents of a server or computer by physically taking those devices or accessing them remotely. But IoT requires end-to-end encryption.

Agencies also must improve their defenses against intrusion and data loss, as IoT systems greatly extend the scope of an IT infrastructure. “IoT amplifies the security challenge,” says Paola Piscioneri, director of global digital and innovation research for the Risk Analysis Research Center in the Postal Service’s Office of the Inspector General. “Each sensor becomes a point of access to the postal infrastructure that needs to be protected. Any device connected to the internet or equipped with any kind of connectivity is a security risk. This has to be addressed with effective IoT network access policies — users and machines should be identified and verified — and network isolation measures.” 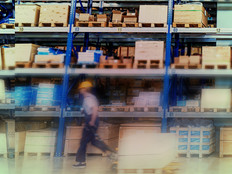