Federal officials are aggravated on a daily basis by how their IT applications perform, and they’re not getting a lot of relief from their technology departments, according to a new survey conducted by network vendor Riverbed Technology.

The survey found that a sizeable majority of respondents (67 percent) report feeling frustrated by their agency’s applications at least once every few days; 43 percent are frustrated daily (20 percent) or multiple times per day (23 percent).

Davis Johnson, who co-authored the report and is vice president of the U.S. public sector at Riverbed, a developer of WAN optimization products, says that nearly everyone surveyed cited an array of performance issues with apps. These included long lags for application load times and systems crashing or freezing.

In September, Government Business Council and Riverbed surveyed 336 federal employees (a random sample drawn from Government Executive, Nextgov and Defense One subscribers) that included GS/GM-11 to GS/GM-15 level employees and members of the Senior Executive Service. According to Riverbed, 68 percent of respondents were GS/GM-12 or above, and included representatives from over 30 defense and civilian agencies.

Feds use a wide range of apps on a daily basis, but some perform better than others. According to the survey, respondents rated workplace collaboration tools the lowest for performance, with 24 percent rating such apps as “poor.” Additionally, communication tools and database apps were rated as having poor performance (by 21 percent and 20 percent, respectively). Email, customer relationship management tools and office applications were rated as having stronger performance.

Lags in application responsiveness and weak performance can have lasting impacts, Johnson notes. He points out that the State Department has built an entire system around Microsoft’s SharePoint software to support diplomatic communications of both classified and unclassified information. Such communications are time-sensitive and critical.

Johnson say says that as agencies move away from centralized data centers and embrace the cloud, performance issues are often overlooked. Apps are running not just on Microsoft Windows, but also Android, iOS, Mac and other platforms, and are traveling over MPLS, Wi-Fi, mobile, broadband and other network technologies. In short, Johnson notes, applications are now traversing much more complicated routes between data centers, devices and end users, especially as they move to the cloud.

Survey respondents were most frustrated by speed and load-time issues (54 percent), as well as application crashes or freezes (47 percent). Other often-cited challenges include difficulty of use, service outages, bugs/glitches and outdated apps. Fully 38 percent said such issues affected their productivity very much, and 54 percent said it affected their productivity somewhat.

On average, nearly 1 in 3 respondents reported that it takes their agency over 24 hours to address critical application failures. Ten percent of respondents said they get a response within an hour, and 59 percent said they get help within one to 24 hours.

Johnson says that many agency IT departments do not have the tools to understand where problems are occurring, in part because such teams are often siloed into different teams for servers, networks, cloud and application development. “Everyone is pointing fingers,” he says. “They only know how to monitor their own fiefdom.”

In response, Johnson argued in favor of end-to-end performance management, which Riverbed offers. Often, Johnson notes, line-of-business leaders in agencies are purchasing IT without the consent of IT leaders. But if the human resources department has a problem with a Software as a Service cloud service provider, they do not call the service provider, they call their IT department, he says.

IT teams need to have the right tools, he says, so that when the call comes, they have visibility inside the SaaS provider and across the network, down to the device level.

“As CIOs outsource more and more IT, the role of the office of the CIO becomes performance management,” he says. “It’s ensuring that the applications are performing as expected or advertised by whatever third-party company the governments contracts with.”

What do Feds want? According to the survey, 50 percent of respondents want improved responsiveness in their agency’s applications. Other “wish list” items include increased investment in state-of-the-art technologies (47 percent), better training for employees (46 percent), improved technical support (42 percent), and speedier resolution time for glitches/ errors (38 percent).

As agencies embrace software-defined networking, Johnson notes that there is a subset of that known as SD-WAN. Agencies that are creating virtualized network functions at the network edge can adopt quality-of-service controls, he notes, so that apps that need to perform all of the time can be given higher priority and more bandwidth. So, for instance, voice traffic can be prioritized over video if video traffic is optional.

As more apps move to the cloud, he says, agencies need to invest in performance management tools, John says. Every player — app providers, virtualization providers, network vendors, agencies and users — has a stake in improving app performance, he says. 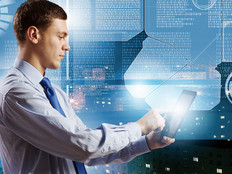