The Titan supercomputer at Oak Ridge National Laboratory in Tennessee.

What do you get when you match the Veterans Affairs Department’s data with the Energy Department’s supercomputers? Powerful insights.

At least that’s what the two departments are hoping. Earlier this month they announced a partnership called the VA-DOE Big Data Science Initiative, which will be based within DOE’s National Laboratory system, one of the world’s top resources for supercomputing.

Under the initiative, the agencies will analyze large sets of digital health and genomic data from the VA and other federal sources. The goal is to improve the health of veterans and others in areas such as suicide prevention, cancer and heart disease, while also spurring DOE’s next-generation supercomputing designs.

VA has the data and DOE has the technological expertise in Big Data analytics, artificial intelligence and high-performance computing. DOE claims that its supercomputers are “capable of millions of billions of calculations per second.” Combined, the two hope to identify trends that will support the development of new treatments and preventive strategies, the agencies said in a statement.

Over the past two decades, the VA has collected health data trend information from roughly 24 million veterans who have used VA for healthcare, according to a statement from VA Secretary Dr. David Shulkin.

“We are partnering with DOE to use their high-performance computing capabilities to allow thousands of researchers access to this unprecedented data resource over time in a secure environment,” he said in a statement. “The transformative science that will be developed through this partnership will improve health care for veterans and all Americans.”

One program the two agencies will push forward is known as “MVP-CHAMPION,” short for the Million Veteran Program (MVP) Computational Health Analytics for Medical Precision to Improve Outcomes Now.

MVP, VA’s innovative genomics program, has already enrolled more than 560,000 veteran volunteers, who have provided DNA samples; completed surveys about their health, lifestyle and military experiences; and granted secure access to their electronic health records for research purposes. The agencies say the new partnership “will maximize the impact of studies using MVP data.”

After the partnership was announced, Energy Secretary Rick Perry, a former U.S. Air Force pilot, donated blood as part of the MVP initiative. “It’s important to provide a good example for the Secretary of Energy to be engaged in the program,” Perry said at an event in Houston last week, according to the Houston Chronicle. “There are a lot of good reasons to be involved in this program — having that level of expertise taking a look at your DNA; giving you insight into what to be on the lookout for; continuing volunteering to help improve care for the next generation of servicemen and women.”

The new VA-DOE program will use data from MVP and VA’s electronic health records system, as well as health data from the Defense Department, the Centers for Medicare and Medicaid Services, and the Centers for Disease Control’s National Death Index.

The VA and Energy Department have already mapped out an initial suite of specific studies that are part of the Big Data Science Initiative.

One aims to “build algorithms to generate highly tailored personalized risk scores for suicide,” according to a statement. The VA said last year that about 20 veterans commit suicide per day.

According to the agencies, the scores could be used by VA clinicians and researchers to help predict which patients are at highest risk for suicide and to evaluate prevention strategies. The researchers will work with VA’s Office of Suicide Prevention to enhance current algorithms already in use in the VA, according to the VA and DOE.

Meanwhile, another project will focus on prostate cancer and “will seek new ways to tell which tumors are lethal versus nonlethal cancer and require treatment, and, by contrast, others that are slow-growing and unlikely to cause any symptoms.”

The initiative will also explore “what sets of risk factors are the best predictors of certain forms of cardiovascular disease to inform individualized therapy and treatments for patients based on their individual risk factors.” 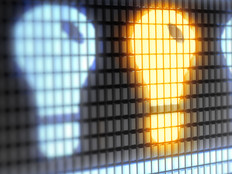