The president's annual budget request almost never gets approved as is by Congress, something that is expected again this year given the two-year bipartisan budget blueprint President Donald Trump signed earlier this month that differs significantly from the administration's stances. However, the budget serves as a way for the White House to signal its priorities, and when it comes to IT, the message is clear: cybersecurity is critical.

The president's fiscal year 2019 budget request, prepared by the Office of Management and Budget, for the first time has a separate breakdown of its cybersecurity funding proposals, as Federal News Radio reports.

At the same time, as Nextgov and FedScoop both report, the proposed budget would make significant cuts to research and development programs outside of the Defense Department, potentially impacting research into emerging technologies.

Cybersecurity Funding Gets a Major Boost

As a result, the budget notes, "cybersecurity budgetary priorities will continue to seek to reduce this risk based on data-driven, risk-based assessments of the threat environment and the current federal cybersecurity posture."

The 2019 budget proposal includes $15 billion of budget authority for cybersecurity-related activities, representing a $583.4 million (4.1 percent) increase above the fiscal 2018 estimate.

"Due to the sensitive nature of some activities, this amount does not represent the entire cyber budget," OMB notes. The Defense Department was the largest contributor to this total. In particular, the budget says, DOD reported $8.5 billion in cybersecurity funding in fiscal year 2019, a $340 million (4.2 percent) increase above the 2018 estimate.

According to Nextgov, the budget includes $238 million for DHS' Continuous Diagnostics and Mitigation program, down from $279 million in last year's request. CDM allows agencies to monitor their IT systems and then respond almost instantaneously to vulnerabilities. The program enables agencies to prioritize the risks based on how severe they might be in an effort to let cybersecurity personnel mitigate the most significant problems first. CDM offers commercial off-the-shelf tools — hardware, software and services — that agencies can access via a central fund.

DHS is finalizing plans with agencies to have them feed cybersecurity threat information captured by CDM into a federal dashboard, which will give DHS a broader view about IT security threats across the government.

Research Outside of DOD Gets Slashed

For example, the National Institute of Standards and Technology — which sets technical standards for civilian agencies for everything from cybersecurity to Internet of Things and identity management — would see its budget fall 25 percent, from $750 million in 2017 to $564 million next year. The National Science Foundation, which FedScoop notes supports a range of technology and cyberinfrastructure research, also would see its research funding cut by the request, falling 28 percent from $5.3 billion to $3.8 billion.

Meanwhile, as Nextgov reports, the Pentagon would get an additional $13.5 billion in R&D spending under the budget proposal.

Additionally, cybersecurity research that has been housed in DHS's Science and Technology Directorate, totaling, $41 million in the president's budget request, would be moved inside the National Protection and Programs Directorate, according to Nextgov.

The shift was made so "operators on the ground have influence over research and development," a senior administration official told reporters during a call earlier this week, according to Nextgov. NPPD will work closely with the science and technology division on research priorities, the official said. 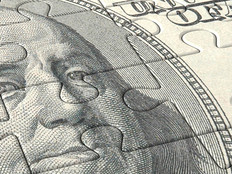