“By moving things  to commercial clouds,  we’re able to save a lot  of money on rent, power, space — everything,” says Justice Department CIO Joseph Klimavicz.

It’s no secret that federal IT must become more streamlined, cost-efficient and secure. According to Joseph Klimavicz, CIO of the Justice Department, the solution can be found in the cloud.

As with many federal agencies, DOJ’s cloud migration began with email. The department started migrating its Microsoft Exchange Server inboxes to Office 365 in December 2016. Roughly half of DOJ’s 150,000-plus employees and contractors have already made the move, and the department hopes to complete the process by the end of 2018, Klimavicz says.

This is part of a much larger consolidation of on-premises email systems, he says.

“In 2012, the DOJ had 22 or 23 different email systems,” Klimavicz says. “When I came on board three and a half years ago, we were down to nine. By moving to the cloud, we’re on our way to one departmentwide secure email system.”

Klimavicz says cloud email comes with a lot of built-in advantages, such as enhanced flexibility and accessibility, increased availability and the ability to scale more easily. But the key benefit is enhanced collaboration.

For example, a single Office 365 instance allows DOJ personnel to schedule meetings for as many as 250 participants and share screens, whiteboards, audio and video files, polls and notes — something it simply couldn’t do before.

“We look at this as more than just an email platform,” he says. “Our Office 365 team sites and portals help the department stay connected, share information and make better decisions. By getting everyone on a single platform, we can enhance our collaboration capability and employee productivity.”

More than just a good idea, adopting cloud services is a presidential mandate. Last May, President Donald Trump signed an executive order creating the American Technology Council and requiring federal agencies to “transform and modernize” their IT systems. In December, the ATC issued its final plan outlining the changes needed. The plan calls for agencies to use commercial cloud services and infrastructure, accelerate the adoption of cloud email and collaboration tools, and improve existing shared security services while adding new ones.

While the presidential mandate is driving federal IT toward the cloud, numerous agencies were already on their way. For many, email was the first step in a journey that IT leaders hope will bring them to greater efficiency and cost savings.

The DOJ is further along in its cloud migration than many agencies. Email is one of two dozen Software, Infrastructure and Platform as a Service solutions the department now uses, including vendors such as Microsoft and Box.

It’s part of a shift away from on-premises systems that began in 2010, when DOJ operated 110 data centers. According to Klimavicz, the department now manages fewer than 35 data centers, saving nearly $100 million in operating costs over five years.

“By moving things to commercial clouds, we’re able to save a lot of money on rent, power, space — everything,” he says.

“When you find multiple email systems within an agency, you see them move and embrace Office 365 pretty much across the board,” he says. “But when you start getting into mission-critical legacy applications, it becomes more complicated.”

Case in point: The Veterans Affairs Department is moving more than 450,000 inboxes from its on-premises Exchange Server to Office 365, says VA spokesperson Terrence Hayes. After its initial migration attempt collapsed in 2014, the department relaunched its efforts in July 2016. So far, about 20 percent of its employees have made the switch.

A key driver is cost savings, Hayes says. The department hopes the move will allow it to devote more of its budget to fulfilling its primary mission.

“Legacy costs currently dominate the VA’s IT budget,” he says. “Moving to the cloud will allow us to devote more resources to innovation and delivery of new and improved service to veterans.”

“That was really the driver for the move,” he says. “It was a collection of old systems with a lot of custom interfaces. We were having real reliability problems, and it was getting hard to maintain.”

NOAA looked to do a traditional on-premises system modernization at the same time it was running a cloud-based email pilot. When the on-premises project ran into snags, the agency decided to follow GSA’s lead and move its email into Google Cloud.

In the past, documents were shared manually or via email, marked up by collaborators, then recirculated — a process that could take months. “Now we create a document in Google Docs, share it with everyone who needs to provide input, and complete it very quickly,” he says. “It greatly increases the pace of collaboration and innovation.”

The savings from operating email in the cloud can be substantial. In the past six years, NOAA spent $19 million on its Google environment, says Leeb. He says an on-premises solution would have cost $55 million and been less robust. “NOAA would have had a really hard time finding the money for that,” adds Goldstein. “We managed to improve our capability without sacrificing NOAA mission priorities.”

Agencies Must Shed the Legacy Mindset

“There’s still an enormous quantity of custom-built legacy applications out there,” he says. “The GAO came out with a report a few years ago saying there were 777 supply chain and 622 HR systems in the federal government. That’s a lot of bespoke systems.”

At the DOJ, one of the biggest stumbling blocks to migration was identifying the dependencies of each email system, which were often poorly documented, says Klimavicz.

“People like to see where their stuff is stored,” he says. “Overcoming the ‘I need to see it, I need to touch it’ attitude requires education and time, but people usually get there once they see the price difference.”

Like many things at the federal level, it will take years before cloud deployments become the standard.

“I think we’ll see continued movement toward the cloud, but it’s going to be incremental, not monumental,” O’Keeffe says. 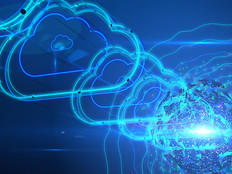