An overhead shot of the Department of Homeland Security’s headquarters on Nebraska Avenue in Washington, D.C.

When the Department of Homeland Security was created in 2002, it brought 22 disparate agencies all under one roof, ranging from the U.S. Customs Service to the Federal Emergency Management Agency and Nuclear Incident Response Team. That makes it really difficult to have one cloud provider, or even one cloud strategy, work for them all.

That’s why DHS has embraced a multi-cloud strategy, in which several cloud service providers will likely help the department’s components shift applications to the cloud, according to CIO John Zangardi.

While the department has started moving some of its apps to cloud environments, it still has a long way to go, based on its own estimates. What is clear though is that DHS is intent on moving forward with its cloud migration and sees great cost savings on the horizon from doing so.

Cloud can provide agencies like DHS greater agility and flexibility, and the pay-as-you-go model enabled by Infrastructure as a Service enables agencies to lower costs when demand for services drops. However, DHS also sees the cloud as a way for department components to achieve their missions more effectively and modernize their IT.

Zangardi moved to DHS from the Defense Department in October, where he had been acting CIO. Unlike DOD, which has said it will issue a single award for its Joint Enterprise Defense Infrastructure, or JEDI, cloud contract, DHS expects to work with more than one cloud provider.

Speaking May 25 at an industry day hosted by Washington Technology, Zangardi noted that DHS must tailor its cloud offerings to the unique requirements of the department’s components.

“Different [DHS] components have different needs,” Zangardi said at the industry day, according to FCW. “We don’t want a hundred, but this will be a hybrid strategy that will allow for multiple players.”

In February, Zangardi announced plans to launch a cloud steering group to accelerate DHS’ cloud migration efforts via “stretch goals.” At the time, as FCW reports, Zangardi noted that there were about 584 applications in total at DHS. He said that 29 apps at DHS headquarters were in the cloud and another 52 were being moved to the cloud.

“That’s not a significant number when you think about it out of 584,” Zangardi said.” We need to do better, so we’re setting up a cloud steering group.”

By late May, the number of apps in the cloud still stood at 29 but the number that had been identified as those that could move to the cloud had climbed to 70. The cloud steering group, which was supposed to start meeting this month, includes representatives from all DHS components, such as FEMA, the Transportation Security Agency, Immigration and Customs Enforcement and others.

The steering group is focused on ways to streamline cloud migration at the agency and will look at whether DHS’s process is too bureaucratic. “We need to start unclogging things,” Zangardi said, according to FCW.

Meanwhile, DHS sees clear financial benefits on the horizon from moving to the cloud.

Kshemendra Paul, the cloud action officer in Zangardi’s office who started in his role about a year ago, said earlier this month at MeriTalk’s 2018 Cloud Computing Brainstorm that DHS still has a long way to go in terms of cloud migration. Paul has been in his role for about a year.

“It’s not all roses,” he said of DHS’s cloud migration efforts, MeriTalk reports. “While some programs have seen some benefits, across the portfolio we haven’t realized a business case going to the cloud,” meaning that savings and return on investment have yet to be measured in terms of financial value.

Cloud tools are generating savings for DHS, but those savings are not being measured in the right ways, according to Paul. He said funding from the Modernizing Government Technology Act (MGT) could help.

“Usually what happens, if there are efficiencies, they get captured at the program level and you don’t have that transparency,” he said, according to MeriTalk. “We’re trying to put in incentives and approaches leveraging MGT so that can be made transparent. We think that’s key to credibly book the business case.”

However, cost savings are just one reason why DHS is excited about the shift to the cloud.

“Probably the most important driver from going to the cloud is the ability to introduce automation into IT business process and be able to drive productivity gains,” he said.

“DHS is a teenager,” Paul said. “We need to grow up. And part of that growing up is taking advantage of these trends in the marketplace and moving to as-a-service-type offerings and be able to increase unity of effort across the department having a technology platform and ecosystem that’s more modern.” 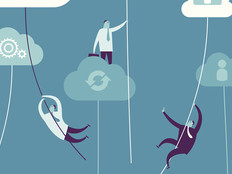 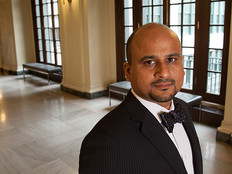 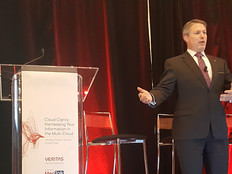