Federal agencies are being aggressively pushed, and in some cases are aggressively pushing themselves, to migrate to the cloud — and with good reason. The cloud is no longer new, and brings scalability and elasticity to agencies’ computing, storage and networking needs.

Yet not all applications and workloads, especially for sensitive data, can or should be moved to commercial clouds. Increasingly, agencies are adopting hybrid IT models that mix public cloud usage with a continued focus on on-premises data centers, which are being consolidated, modernized and optimized.

In many respects, agencies are simply catching up to wider trends in the private sector. According to CDW’s Modern IT Infrastructure Insight Report, many organizations are rethinking their approaches to IT infrastructure.

Many are going through their apps and carefully determining which ones to shift to public clouds, which to host in private clouds and which to keep in traditional data centers.

While hybrid IT environments are increasing in popularity in some sectors, others, like government, are relative laggards. According to IDG Research survey data cited in the report, nearly half (49 percent) of organizations report that their IT environments are hybrid. Another 39 percent identify with the concept of hybrid IT to “some extent.” However, government agencies are among the least-likely sectors to embrace hybrid IT (20 percent), due to security concerns and the prevalence of legacy systems, according to the report.

Despite that, numerous agencies are successfully navigating the world of hybrid IT. They judiciously decide where to host apps and data, adopt hybrid cloud models and consolidate and optimize data centers. Once they start using hybrid IT models, agencies should look to optimize their environments with automation and management tools.

Find out why hybrid cloud models can deliver the best of both worlds for your agency.

Some of the Justice Department’s components have moved mission-critical apps to government-only cloud providers that meet stringent security and availability requirements, FedTech previously reported. Other apps have been kept on-premises because of the sensitive nature of the data.

“There’s no one-size-fits-all,” David Rubin, the department’s director for service engineering, told FedTech. “We are continually evolving and assessing the best way to house data. Where it makes sense, we will move to the cloud.”

Like many agencies, DOJ has been striving to consolidate and optimize its data center footprint under the Data Center Optimization Initiative.

Meanwhile, under the leadership of CIO Rajive Mathur, the Social Security Administration has consolidated its data centers down to two and has embraced a hybrid cloud approach.

Some of SSA’s apps are in the public cloud, but Mathur told FedTech that the agency is also building a private, on-premises cloud, and will start using Microsoft Azure and Office 365 by the end of September.

“The main driver for deciding which cloud an application fits in will be the proximity to the data,” Mathur told FedTech. “Many of our applications will continue to interface with legacy applications and data that may not tolerate the added latency of connecting to an off-premises cloud.”

How Feds Can Optimize the Hybrid IT Approach

Once agencies have decided they want to adopt a hybrid IT model, how can they best navigate the move?

>>Download CDW's Modern IT Infrastructure Insight Report to learn more about how organizations are using and benefitting from a hybrid IT approach. 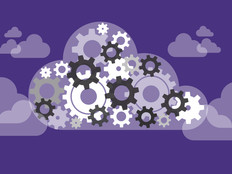 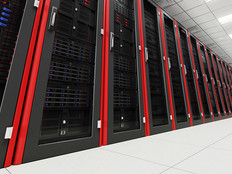 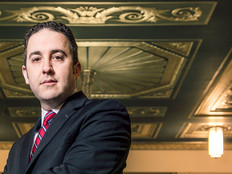