There is a reason mail fraud has been a federal crime since 1872. Fraudsters have been using the mail to run scams and cover up illicit activity for generations. The U.S. Postal Service now has more tools than ever to fight back.

The USPS has been using data analytics for years to root out fraud, but is using it in new ways to spot fraud at local offices and even in new missions, like detecting narcotics trafficking.

The evolving nature of how the postal service uses analytics suggests that the USPS is going to deepen its support for the technology as its mission evolves.

Read about how HHS, SEC, SSA and other agencies use analytics to ferret out cheaters and crooks!

The USPS has about 600,000 employees and more than 150 million delivery points, giving fraudsters numerous potential opportunities to game the system. Mark Pappaioanou, deputy special agent in charge in the office of the chief data officer at the USPS Office of Inspector General, told Federal News Radio that, given the threat surface, analytics can help the office detect patterns of malign activity.

The OIG conducts about 4,000 investigations and 150 audits per year, and analytics play a role not only in those, but in helping the USPS become more efficient.

“The Postal Service delivers more than 5 billion parcels a year to 157 million delivery points. That’s more than 14 million parcels a day,” Pappaioanou said. “So the data that the postal service uses to manage this network can also be leveraged for our various investigative purposes, either narcotics investigations or mail theft investigations. Or they assist in audits to help drive to efficiencies or other recommendations.”

That jibes with what Kelly Tshibaka, chief data officer at the USPS OIG, told GCN in November. Analytics help make the OIG itself more efficient.

By using data analytics tools, she noted, “we know we’re going to be successful and helping our agents if we’re reducing the time it takes for them to make successful cases.”

Tshibaka added that the OIG used to have an average return on investment of $600,000 average in findings from audits and investigations. Thanks to analytics, that figure has been boosted to more than $900,000.

Pappaioanou noted to Federal News Radio that the OIG has found that a multidisciplinary approach is the best way to tackle issues, and that teams have matter experts from either its office of investigations or the audit office. Those experts then work with a team of investigative analysts and computer scientists that work on a specific functional area, he says. Most of the data the OIG is sifting through relates to pick-up and delivery addresses, package weight and the type of mail used. But the subject matter experts can dive into the data to look for patterns.

The OIG used analytics to develop a model to examine contract fraud, Tshibaka told GCN. Using the model, auditors can “really quickly rack and stack the $13 billion in contracts the Postal Service has every year, so they can identify which contractors or which contracts had the highest probability of fraud,” she said. “In one of those years, there was a $500 million return in our audit findings just from that one model.”

The Evolving Use of Analytics at USPS

As it relates to audits, Pappaioanou told Federal News Radio that the OIG has used data analytics to make recommendations to the USPS to prevent future problems. For example, the office detected several local post offices that, rather suspiciously, would always have perfect financial counts.

“We’re leveraging our data to help build a tool that will help us identify suspicious employees who may be assisting in drug trafficking,” he said. “We analyze the Postal Service data and look for various indicators to help us focus on specific employees or routes where those suspicious parcels are being either delivered or disappearing.”

Congress has also directed the USPS to study the role it may be playing in narcotics trafficking and the opioid crisis.

To accomplish that, Pappaioanou said the OIG has turned to commercial, off-the-shelf software as well as customized in-house tools. “We have a number of computer scientists on each team who have the ability to write code that can help us create kind of customized work that we use, depending on what the business question is that we’re looking for or into,” he said. 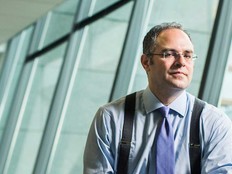 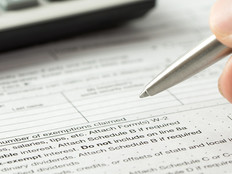