The day of the JEDI has come.

The Defense Department and the wider federal IT community has reached the Oct. 12 deadline for submitting proposals for the Pentagon’s massive Joint Enterprise Defense Infrastructure contract, which could be worth up to $10 billion over 10 years. The deadline day caps a week of intrigue about the contract, which the DOD plans to use to gain greater access to commercial Infrastructure as a Service and Platform as a Service capabilities.

“The JEDI is what we’re referring to as a pathfinder,” DOD CIO Dana Deasy said during an interview on the “Government Matters” program on Oct. 7, according to MeriTalk. “What we’re trying to do here is put in place an enterprise solution for building clouds,” he added.

On Oct. 8, Google announced that it would not compete for the project, with a spokesman for the search giant saying it could not be assured that JEDI would align with its principle on the artificial intelligence projects it works on. “And second, we determined that there were portions of the contract that were out of scope with our current government certifications,” the spokesman said.

Then, on Oct. 9, Microsoft announced in a blog post increased cloud capabilities for its government clients. While not directly related to JEDI, Microsoft made clear that it will be able to support top secret U.S. data in its Azure Government cloud, a requirement of JEDI. The software company noted that, last October, it announced Azure Government Secret and the expansion of its mission-critical cloud with new regions enabled for secret U.S. classified data or Defense Information Systems Agency Impact Level 6 workloads.

“We are making major progress in delivering this cloud designed to meet the regulatory and compliance requirements of the Department of Defense and the Intelligence Community,” Julia White, Microsoft’s corporate vice president for Azure, said in the blog post.

“Today, we are announcing these newest regions will be available by the end of the first quarter of 2019,” she said. “In addition, to meet the growing demand and requirements of the U.S. Government, we are confirming our intent to deliver Azure Government services to meet the highest classification requirements, with capabilities for handling Top Secret U.S. classified data.”

And on Oct. 10, IBM announced that it had submitted a protest against the JEDI contract, joining Oracle, which filed a similar protest with the Government Accountability Office in August. Both protested the single-award nature of the contract and Sam Gordy, general manager at IBM U.S. Federal, wrote in a blog post that “countless concerns”  have surfaced contending that JEDI was written for a “specific vendor.”

Where does that leave everything? As Wired notes, the process is now in the mud. 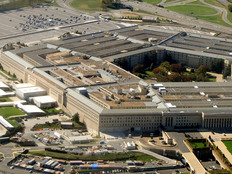 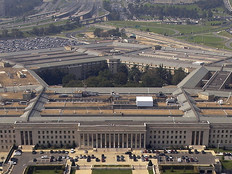