Occupancy tracking — a practice that utilizes technology to automatically detect how many people are in a room — isn’t an entirely new concept for federal agencies.

In 2019, as FedTech has reported, analytics software and advanced meters that measured real-time utility use helped the General Services Administration identify unused space in its headquarters to house 1,000 National Capital Region office workers, freeing up the former workspace for another agency.

The State Department also deployed sensors in its domestic buildings nearly a decade ago as part of an effort that involved optimizing HVAC system use to conserve energy and make the office environment comfortable when most employees were present.

During the coronavirus pandemic, most federal employees worked remotely — just 17 percent were physically present in their agency 100 percent of the time, according to a fall 2020 Office of Personnel Management survey. As employees return to the workplace, occupancy tracking could play a role.

Turning to Occupancy Tech for a Secure, Organized Office Return

In January, the Office of Management and Budget issued guidance that stipulated federal workplaces should function at no more than 25 percent of their normal capacity during periods of significant or high community COVID-19 transmission. That guidance is no longer in effect.

However, guidance released by the Office of Management and Budget, Office of Personnel Management and General Services Administration in mid-June states that agencies can still opt to establish occupancy limits for specific workplaces to ensure physical distancing between unvaccinated individuals.

According to an OMB spokesperson, agencies are “currently focused on developing draft plans regarding the safe re-entry of employees and onsite contractors, as well as post-re-entry personnel policies and work environments.”

The move toward a hybrid or “work anywhere” model could also increase interest in occupancy tracking, according to Andrew Hewitt, senior analyst at research firm Forrester, particularly for organizations looking to reduce or justify exiting an office lease.

“Understanding what that occupancy looks like on a daily basis is becoming really important from a cost-saving perspective,” Hewitt says. “It’s also important from a health perspective. That will start to wane over time with more vaccination and people getting more comfortable, but to some extent, it just provides a little bit more psychological safety for people who want to come into the office and feel like they’re being safe.”

Using Tracking Tech to Measure Who and What Is Present

Occupancy monitoring can be performed with an application that checks workers in when they arrive at the office and scan a QR code, offering a basic way to view overall capacity across an entire building.

It can also encompass a more complicated but potentially more accurate method involving sensors or beacons that are placed throughout a building, Hewitt says. Sensors may be added to desks to sense if they are occupied, for instance, or in the lights to measure how many people walk down a hallway.

“That model gives you a better sense of how many people are in specific area of the building so you can prioritize and say, ‘Nobody uses this conference room; let’s close it down,’ or, ‘This is a really high-volume area. Can we shift people to another part of the organization?’” he says.

Agencies may leverage Wi-Fi or Bluetooth connectivity, Hewitt says, or radio-frequency identification if employees are swiping badges. “If you already have Wi-Fi access points, that can be convenient,” he says. “But Bluetooth isn’t super difficult to deploy and manage.”

In some instances, occupancy data may be publicly displayed on a digital board. The technology can also be used for more than just a head count.

“People also use occupancy tracking for things like asset management,” Hewitt says. “They don’t want to know just what people are there but what pieces of equipment are in various spots. If I want to book a conference room, I want to know the good videoconference monitor is there, or that a specific room where I’m going to design things with people will have a large whiteboard.”

A number of companies offer solutions that can aid in occupancy tracking, such as Cisco’s DNA Spaces indoor location services cloud platform, which has the ability to combine cameras, Wi-Fi and other elements to provide metrics about employee and visitor behavior. Notifications can also be sent when density or occupancy limits have been reached.

Depending on the involved components, the cost of implementing occupancy tracking technology may not be particularly high, Hewitt says.

“Putting sensors in and troubleshooting over time adds some additional cost, but it’s not as expensive as one would think,” he says. “Saying, ‘Let’s buy a Software as a Service application that’s $2 to $3 per month per user,’ that’s less of an expense.” 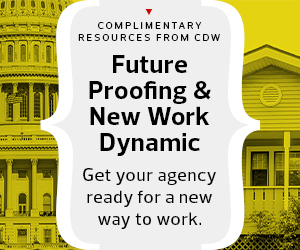 Calculating Potential Contact May Be the Future of Occupancy Tracking

The risk of a person becoming infected with COVID-19 is proportionate to the distance between people and the time they spend within that distance. Accordingly, the authors of a recently published Journal of Research of the National Institute of Standards and Technology article hope that encounter metrics — a method that measures the levels of interactions between members of a population — could help with risk assessment and exposure notification.

“Occupancy is a little easier to measure; you put counters inside doors and count how many people go in and out,” says René Peralta, a computer scientist with NIST’s Computer Security Division. “But interactions are quite hard to predict and can be affected by things you do in an environment — closing one entryway and opening another might make a difference. You’re meant to be able to quantify how much of that interaction is happening within a population inside a building.”

Depending on an agency’s needs, standard occupancy tracking technology, such as sensors that register movement when someone blocks the light by crossing across a doorway, may suffice, says Angela Robinson, a mathematician with NIST’s Computer Security Division.

Smart locks on doors in buildings can also help agencies deduce occupancy throughout the day, according to Robinson. In the past year, for example, OPM used building access control data, supplemented with timecard reports, to measure workplace occupancy levels, according to a COVID-19 safety plan the agency published in February.

Employees’ smartphones could also potentially be used in occupancy tracking, Peralta says, to determine what other phones are within range.

Interactions are quite hard to predict and can be affected by things you do in an environment — closing one entryway and opening another might make a difference.”

To measure interactions anonymously, though, one system Peralta and Robinson proposed would involve employees carrying small Bluetooth-enabled devices; encounters would be labeled with a random number not linked to a device or person.

Privacy considerations make some potential occupancy tracking uses — such as being able to locate someone within an office to ask them a question — less than ideal, according to Hewitt.

“It’s not that difficult to message someone on Teams and ask where they are,” he says. “Privacy is definitely a concern. A lot of tools out there anonymize occupancy tracking, and that’s a distinction an organization needs to make.”

Peralta doesn’t expect all agencies will immediately embrace methods like encounter metrics or sensor-based occupancy tracking. However, even if they don’t feel the need to start using them just yet, the general approach may come in handy later, after the urgency of trying to slow COVID-19’s spread subsides.

“When this pandemic started, we had no idea what a safe occupancy level would be. We just closed the whole campus for over a year,” Peralta says. “When the next pandemic comes, we will be prepared to take the right kind of actions to give the health systems time to react. Encounter metrics might tell you it’s safe to allow a 20-person occupancy. There could be many, many applications if one understands the population dynamics of the building.”