Just about every information security standard or regulation contains requirements for the use of multifactor authentication when restricting access to sensitive information or resources. These requirements may seem daunting at first, but complying with them and thereby strengthening your agency’s security posture is a goal that is clearly within reach.

Multifactor authentication is a straightforward concept, in which a system confirms a user’s identity to a high degree of confidence by using more than one type of proof. For example, if you pass through a turnstile on your way into the office that requires you to present both your identification card and enter a secret personal identification number (PIN), you’re using multifactor authentication.

Computer systems, file storage, cloud services and other resources all require access control systems to limit their use to approved individuals. Whether it's an agency allowing only specific IT leaders to have access to confidential data or a cloud video streaming service restricting access to paid subscribers, the three components of access control remain the same: identification, authentication and authorization.

Identification is the process in which a user makes an assertion about his or her identity. In most cases, this is as simple as entering a user name into the system. In the offline world, it’s the equivalent of walking up to someone and saying “Hi, I’m Mike Chapple.” At this point in the process, the other party has absolutely no assurance that the claim of identity is authentic. I could just as easily walk up to someone and say “Hi, I’m Barack Obama,” just as I could attempt to log into a computer system with a coworker’s user name.

Authentication is the process in which a user proves that he or she is who he or she claims to be. In the case of a basic access control system, the user might do this by providing a secret password, known only to the user and the service. Returning to the offline example, I could authenticate my claim of identity by showing the other person my driver’s license. Different authentication techniques have different degrees of confidence. You likely will be more confident that I am whom I claim to be if I show you my driver’s license than if I simply tell you who I am.

Authorization occurs after an access control system authenticates the user’s claim of identity. Once the system is confident that it is dealing with a legitimate user, it must determine what resources or services the user is permitted to access. For example, an individual from an organization’s accounting department should not be able to access human resources records and vice-versa. This is the role of authorization.

You’re already familiar with the most common method of authentication: a user name and password. More likely than not, you used this method to access your computer this morning and will likely use multiple passwords throughout the day to access other systems. While passwords are clearly the predominant authentication technique, there are actually three different categories of authentication methods:

The strength of an authentication factor depends upon the answers to two questions: How hard is it for someone to impersonate another individual, and how difficult is it to reuse someone else’s credentials if you eavesdrop on their authentication session?

Here are some common examples of multifactor authentication:

When used in combination, multiple authentication factors add a greater degree of security to a system by minimizing the likelihood that an intruder will be able to compromise more than one technique. While someone can pick your pocket to get your ID card and look over your shoulder to obtain your password, it’s much more difficult to do both without attracting your attention.

Two Isn’t Always Better Than One

When you evaluate potential multifactor security solutions for your environment, keep this in mind. While security regulations might require you to use a multifactor approach, you should always consider the strength of each component as well. 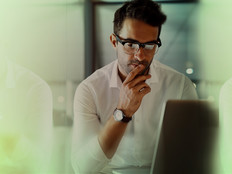