Although the Indiana National Guard had planned to deploy a traditional storage array when it rolled out its virtual desktop infrastructure, issues during the pilot phase forced it to switch gears. Now the organization is drafting plans to adopt a new storage approach that consolidates the server and storage architecture and features a hybrid of solid-state and hard-disk drives all on a single appliance.

"Originally, we had attached two servers running VMware VDI software to a storage array and suffered significant I/O contention and crippling boot storms," says Chief Warrant Officer 5 Michael Ferguson, senior technical adviser for the Indiana National Guard. At certain times, such as the start of the workday, users would experience poor performance because the system couldn't handle the back and forth between server and storage that is inherent in VDI.

"If you can't support concurrent sessions among 20 users in a sub-branch, you aren't going to be able to scale to support thousands of users," Ferguson says.

To avoid scrapping the VDI project, Ferguson and his team consulted with peers at the Ohio National Guard and, as they did, opted for the Nutanix Virtual Computing Platform, which integrates compute and storage resources in one box.

A New Breed of Storage

Nutanix is among a new class of solutions designed to eliminate the complexity most organizations encounter with storage. Nimble Storage, another solution, ­consolidates primary and backup storage systems into a single array.

Like the Nutanix architecture, Nimble Storage's technology is ideal for applications such as VDI and server virtualization. Using its proprietary Cache Accelerated Sequential Layout technology, Nimble Storage's iSCSI SAN arrays automatically tier storage between solid-state and spinning hard drives, ensuring the fastest access to the most critical data. Common storage features, such as inline variable-block compression, cloning and integrated snapshots, are part of the solution.

"Nimble is attractive to agencies because it makes enterprise-class storage more accessible, has a denser footprint and requires less heavy lifting than traditional storage networks," says Jeff Boles, senior analyst and director of lab validation services at analyst firm The Taneja Group. "It comes into the conversation when traditional storage networks appear too complex or lack sufficient performance and efficient data handling to keep up with workloads such as VDI. IT generalists can take on more of the storage burden because of Nimble's ease of use."

The input/output operations per second supported by solid-state drives, compared with 175 IOPS on a 15,000-rpm hard disk

Jim Bagley, senior analyst at research firm SSG-Now, says hybrid storage ­solutions — especially those that combine storage types — are ideal for transaction-based workloads, such as SQL and Oracle database applications, Microsoft SharePoint and Exchange environments, and emerging health exchanges. "Most ­processes, random ones in particular, would benefit from putting flash memory into the equation," he says.

Both Nutanix and Nimble Storage solutions can also be cost-effective, according to Bagley. "If federal agencies need a very fast block device and understand the heat index of their data, the hybrid systems can be a bargain," he says. (The "hotter" the data, the more often it's accessed and the more readily available it needs to be.)

He adds that next-generation storage takes some of the workload off of traditional storage, thereby extending an organization's original investment. "Enterprises won't be beating on existing storage as much, so they will last longer," Bagley says.

Like the Indiana National Guard, the Office of the Inspector General (OIG) for the U.S. Postal Service opted for next-generation storage after encountering issues with its VDI pilot.

"There was too much latency in our original architecture, impacting the response time for read/write actions," says CIO Gary Barlet. The OIG is tasked with handling consumer complaints about postal delivery and other services. "Employees need a fast-acting virtual desktop for anytime/anywhere access and to improve customer satisfaction," he says.

The Postal Service's VDI project was initially deployed to ensure that users could maintain access to critical applications as the agency migrated to Windows 7. "Some software worked well on Windows XP but not Windows 7," Barlet says.

But pilot users, including the head of investigations, liked their virtual desktops so much that Barlet plans to roll out VDI to 1,600 users by the end of 2014. The consolidated storage appliance architecture will play an important role in addressing limitations at his second data center in Texas, he says.

"We have space, power and cooling constraints and couldn't accommodate machines strewn across multiple server racks that need to be wired together," he says.

Moreover, Barlet finds that the platform reduces the need for IT staff with specialized storage skills. "All that manual monitoring and tweaking gets overtaken and automated," he says. For example, the system automatically balances workloads and expands or contracts storage pools based on user need.

"These platforms are pretty close to being plug and play," Barlet says. 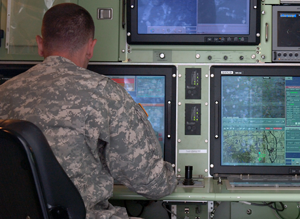 So You've Decided to Go Hybrid

Thinking of adding hybrid storage in your organization? Here are a few tips to help ensure success:

1. Start with clean-slate projects that require storage. To get used to how platforms such as Nutanix or Nimble Storage might function in your environment, attach their deployment to a new application, such as a virtual desktop infrastructure or SharePoint deployment. This might also make funding easier to obtain.

2. Make sure the application is appropriate. For instance, research firm SSG-Now Senior Analyst Jim Bagley says large, sequential workloads, such as backups, are not the sweet spot for hybrid storage. He recommends evaluating an application's data access and storage requirements befor moving away from traditional networks.

3. Understand what consolidation means. No longer will you have separate network components in different parts of the server room to manage. Instead, all aspects of storage (and possibly servers) will be in one appliance. IT staff will have to collaborate on configuration, security, policy management, change management and resource management.