The Defense Information Systems Agency fully recognizes that nation states such as North Korea, Iran, Russia and those in Eastern Europe have dedicated teams that try to hack into American defense systems and other federal and corporate networks.

That’s why Roger Greenwell, chief of cybersecurity for the DISA Risk Management Executive’s Office, says that the heightened threat landscape requires the Defense Department to constantly manage risk and deploy technology to guard against emerging threats.

“The need for big data analytics continues to grow as the size and complexity of our networks, systems and data evolve,” Greenwell says. “Advanced analytics give us the capability to correlate data from various infrastructure sources, including device logs, application data and sensor data at the host and network level to identify anomalies and conditions that require further analysis.”

By coupling this information with intelligence data, Greenwell says, the security team can visualize the different threats and indicators to determine appropriate actions in defending DOD networks.

Frank Dickson, a research director for Frost and Sullivan, says IT departments require tools today that not only identify malware, but can also track malicious activity.

“Organizations need tools that can deliver more visibility into network traffic,” Dickson says. “I think we’ll see more security products come with sensors, so IT managers can more accurately track the flow of traffic across the enterprise and determine if there’s anything suspicious with network activity.”

Using Analytics to Respond to Threats

Brad Rounding, director of the U.S. Department of Agriculture’s Security Operations Center, says the threat landscape will always evolve and adapt to counter the security tools and techniques that federal agencies deploy.

USDA takes into consideration a product’s functionality based on the product or manufacturer, as well as behavior analysis and change detection capabilities. The agency also will rely heavily on analytics to give it visibility into the network.

“The use of analytics can be helpful with identifying gaps in security coverage, patching issues, attack surfaces that could be reduced and users with more privileges than their positions need,” Rounding says. “We’ll also use analytics to detect cyberincidents.”

How to Combat Advanced Persistent Threats

Frank Dickson of Frost & Sullivan shares some findings from his recent report about advanced persistent threats:

• A network security sandbox provides an analysis environment (which is often virtualized) in which a suspicious program is executed and then observed, noted and analyzed in an automated manner.

• Sandboxes are more effective because they go beyond the mere appearance of the malware and observe what the malware does. Therefore, results from sandboxing are more conclusive in determining if executables are malicious. 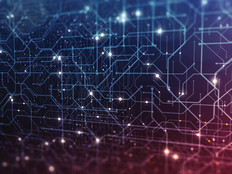 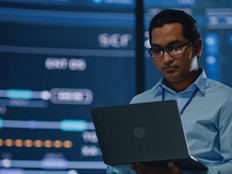