Now that the First Responder Network Authority (FirstNet) has issued its request for proposal (RFP), wireless network vendors and carriers are poring over the requirements as they prepare their offers to the federal government. The bidders will be competing to provide the network equipment, devices and services to operate a national, interoperable public-safety wireless broadband network.

The competition is expected to be fierce because the reward is significant, and includes getting access to 20 megahertz of wireless spectrum. FirstNet could pay the winning contractor as much as $6.5 billion to support the construction and operation of the network, but the winning contractor will need to pay FirstNet at least $5.625 billion over the span of the 25-year agreement, notes Urgent Communications.

FirstNet issued the RFP on Jan. 13, which, the organization notes in a statement, only came after “13 requests for information, a set of draft RFP documents, two Industry Day public events, answers to more than 650 questions related to network specifications, and meetings with interested vendors.” Final responses are due April 29, and questions and capability statements are due Feb. 12 and March 17, respectively. FirstNet expects to award the contract in the fourth quarter of this year.

Although FirstNet is an independent authority inside the Commerce Department’s National Telecommunications and Information Administration, the Interior Department actually issued the RFP.

"We have developed this RFP in an open forum to create a 'first of its kind' public-private partnership for the network," FirstNet CEO Mike Poth said in the statement. "As we move into the next phase of the process, we look forward to receiving competitive offerings to deliver the best possible network for public safety."

Taking Stock of the RFP’s Components

There are multiple elements of the network that FirstNet is seeking to get built. FirstNet says it is “seeking a comprehensive network solution” that will operate in all 56 states and territories. The interoperable nationwide public safety broadband network will include not just the network itself but also the mobile devices that first responders will use to connect to it. The RFP states that the network “must be hardened, as needed, from the physical perspective,” and must be “resilient, secure, and highly reliable from the network perspective. Furthermore, the NPSBN will provide to public safety agencies both national and local control over prioritization, preemption, provisioning, and reporting.”

The network will need to include a nationwide core network as well as a radio access network, which will consist of “the radio base station infrastructure that connects to user devices. RAN includes cell towers as well as mobile hotspots embedded in vehicles that backhaul to the core network over satellite or other types of wireless infrastructure.”

Additionally, the RFP also calls for the provisioning of “backhaul, aggregation, and the use of national transport networks and operation centers; a device ecosystem; use of network infrastructure; deployable capabilities; use of operational and business support systems; an applications ecosystem; network services; and the integration, maintenance, operational services.”

Further, the RFP notes that all of these devices, systems and networks will need to be maintained and updated to comply with standards set forth by the 3rd Generation Partnership Project (3GPP) for LTE wireless networks.

Vendors Lining Up to Compete

Although the RFP requires prospective contractors to provide a significant number of services, the winning bidder will get access to 20 MHz of valuable low-band 700 MHz wireless spectrum. The RFP notes that the contractor “can monetize all 20 MHz of the spectrum both for primary use by [first responders] and secondary use.”

The airwaves are licensed on a nationwide basis and are not currently in use, and high-powered mobile devices can access the spectrum, according to the RFP. Further, if a wireless carrier were to become the contractor, the spectrum would not count among its holdings, letting the company bid in other Federal Communications Commission spectrum auctions without the concern that the holdings would inhibit its bidding options. “These unique characteristics provide the Contractor a valuable finite resource that is not available in any other highly coveted low-band spectrum,” the RFP notes.

As FierceWirelessTech reports, many companies are chomping at the bit to win the FirstNet business. Intel Security hopes to highlight its security heritage and the underlying need to ensure that data transmitted over the network is secure from end to end. Meanwhile, other vendors with long experience in the public-safety market, such as Harris and Motorola Solutions, were pleased by the RFP’s release and expressed interest in bidding on the contract.

Anna Gomez, a partner at Wiley Rein LLP in Washington, D.C., formerly worked as deputy assistant secretary for communications and information at NTIA, FierceWirelessTech notes. She told the publication that large wireless carriers may bid on the FirstNet contract but will likely need to collaborate with others to deliver a full proposal. 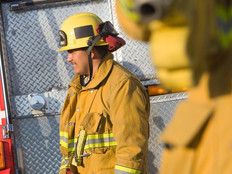 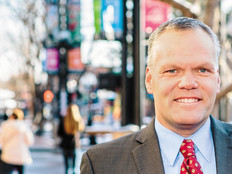