Since the middle of President Obama’s first term, the Office of Management and Budget has sought to simplify procurement; more specifically, the types of procurement vehicles agencies use.

As anyone who has read the Federal Acquisition Regulation knows, federal procurement can be incredibly complicated, with a long list of rules, systems and procedures that at times add unneeded complexity.

In recent years, OMB has fought to simplify those processes, pushing agencies away from creating new contracts, instead relying on what’s already in place.

Dan Gordon, administrator of the Office of Federal Procurement Policy (OFPP) during Obama’s first term, asked agencies to create a business case for standing up new multiple award contracts, also known as MACs. Gordon’s goal was simple: Cut out duplicate MACs and other multiple-award contracts that sold the same products or services and, instead, use established contracting methods.

Getting Guidance from FITARA

OFPP inherited a marketplace with little accountability for wasteful IT spending. Congressional leaders passed the Federal Information Technology Acquisition Reform Act (FITARA) as part of the 2015 Defense Authorization Act to help government administrators gain greater control over a disjointed system that in many ways had become unmanageable.

Under FITARA, department CIOs play a more significant role in IT procurement, which guarantees IT cost transparency and the efficient use and deployment of purchased technologies.

At NITAAC, orders go through our electronic Government Ordering System, which not only registers the order, but also tracks it through fulfillment centers. The system archives the complete data for use by both the agency and the contractor, allowing purchase details such as dates, initial requests, costs, contractors and shipping dates to be easily tracked.

In purchasing from GWAC vehicles, government IT buyers, contracting officers, CIOs and others can purchase the latest available technology from experienced and qualified contractors that represent thousands of original equipment manufacturers.

GWACs also make purchasing faster. With the traditional full and open competition, technology may not be delivered in a timely manner. GWACs simplify ordering and include benefits such as agile development to ensure programs meet their long-term goals.

In the new era of FITARA and the administration’s efforts to control waste or duplication, GWACs have proved themselves trustworthy. NITAAC, NASA and GSA help agencies purchase the IT they need quickly, with the assurance of bulk pricing that meets OMB’s direction. And that is accountability at its finest. 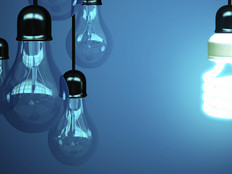 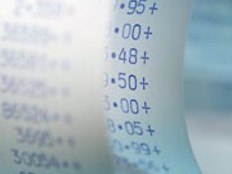 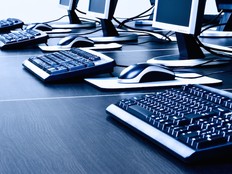