The future of the Department of Defense’s office productivity software is going to be the cloud, and it will be a lot more than email. The Defense Information Systems Agency is in the process of building a new cloud-based system for the DOD that will increase collaboration across the department, enable greater use of mobile devices, allow users to access the system from anywhere and appeal to younger workers.

DISA rolled out Defense Enterprise Email (DEE) in 2011, a secure, cloud-based email system designed to increase operational efficiency and spur collaboration. The program lets users share calendars across the DOD and, as GovTechWorks notes, lets users share attachments even if they don’t have the same software. DEE’s largest customer is the Army, and, as Federal News Radio reports, the system has helped the Army move its dispersed email servers to a centrally managed enterprise system and cut costs by $80 million per year. In late fiscal 2015, DISA started planning the next evolution of the DEE system.

The new offering, dubbed the Defense Enterprise Office Solution, or DEOS, is what DISA has decided is the best way forward. The contract for DEOS due to be awarded in the fourth quarter of fiscal 2017.

Moving to a New System

“Based on user demand and the technology available, there were solutions out there that were more effective and efficient,” Kristin Brown, an information technology specialist in DISA’s Enterprise Wide Services division, told GovTechWorks. DISA decided to pursue “a more robust suite of collaboration tools,” according to Brown.

DEOS will include phone services, video teleconferencing and web conferencing, as well as chat, instant messaging, whiteboarding, desktop sharing and other offerings, in addition to email and calendaring solutions, according to GovTechWorks.

A DISA spokesperson told FedTech that the agency has decided to embrace a Software as a Service (SaaS) model rather than search for just an email or calendaring solution. Brown said such an offering will be more efficient and less costly than the series of “one-off, stovepipe, legacy solutions” most DOD users are using today.

DEOS will provide users the ability to move from one method of collaboration to the next without switching between applications, according to the DISA spokesperson. “For example, a team of people could start a discussion about a project within an email conversation, then immediately continue the conversation in a group instant messaging chat, and simultaneously visualize the project in a whiteboarding session,” the spokesperson said.

DISA is evaluating integrated SaaS solutions based on commercial off-the-shelf available products that will require minimal customization, the DISA spokesperson said. The agency is contemplating various deployment models, including on-premises, off-premises, or a hybrid approach.

The new system will be based on an integrated suite of services, and that is one of the key requirements of the DEOS procurement. “Whether this is accomplished by one product or a set of products that work together in a manner that is transparent to the user is up to the vendors, but the requirement calls for an integrated set,” the DISA spokesperson said.

While DISA did not disclose which cloud solutions it is considering for DEOS, the spokesperson said “there are numerous commercial solutions that already provide integrated SaaS capabilities that could potentially meet the DEOS requirements.”

Greater Flexibility and Mobile Use

DEOS will give users access to its services from anywhere, “whether on a stationary computer or mobile device,” according to the DISA spokesperson.

“DEOS will leverage cutting-edge technology to improve automation of daily business functions, and increase productivity and efficiency for the DOD by reducing  legacy stovepipe services that are not integrated,” the spokesperson added.

Jennifer Saha, national director of public sector councils at CompTIA, the IT industry trade group, told GovTechWorks that younger workers are naturally attracted to more cloud-based communication and collaboration solutions, which many users access on mobile devices outside of work.

Millennials “are always on their phones,” and cloud-based services let them get work done outside of the office. “You’re really at a disadvantage if you don’t have” cloud-based collaboration tools, Saha said.

Getting DOD Components on Board

As GovTechWorks reports, DEE has around 1.7 million users, compared with 4.5 million potential users across the DOD, so DISA will have a large pool of potential DEOS users. It’s unclear, though, how many DOD components will embrace DEOS.

The Army likely will, but not immediately, and a spokesperson told GovTechWorks that the Army plans a “transition toward unified capabilities” that will include “software-based solutions with integrated voice, video and data.” After that, it will ultimately transition to DEOS.

The Air Force only uses DEE at a few select locations, according to GovTechWorks. Air Force spokesman Ed Gulick noted that the service is already “engaged in a cloud service offering pilot with Microsoft,” and that its future productivity suite may or may not be DEOS.

Both the Navy and Marine Corps are undecided, according to GovTechWorks, and while they have opted out of DEE, they are open to what DEOS might bring, but decisions have not been made on adopting the system.

The DISA spokesperson said that “while DISA's role is not to mandate use by the services, the agency is currently working with the Army and Air Force in numerous DEOS working groups to ensure a collaborated effort that enables DOD-wide migration from legacy stovepipe solutions. Both the Navy and Marine Corps have also engaged with DISA regarding possibly leveraging the DEOS solution in the future.” 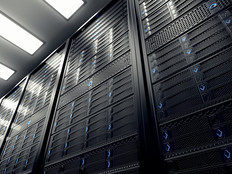 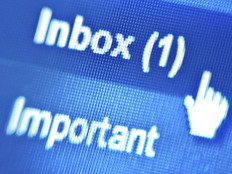 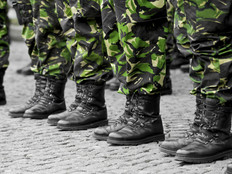