For the Federal Emergency Management Agency (FEMA), versatility is key in responding to emergencies. To that end, the agency that helps Americans recover from floods, hurricanes, earthquakes and various other disasters wants to gain more flexibility by restructuring and simplifying its device portfolio.

FEMA will likely be embracing more mobile devices, ones that can be used in the field across a wide swath of territory that the organization operates in.

FEMA CIO Adrian Gardner said on a panel at the AFCEA Homeland Security Conference in Washington, D.C., on June 22, that the agency is trying to “shrink the footprint of the devices” its workers use, according to Nextgov.

FEMA, a unit of the Department of Homeland Security charged with coordinating disaster response when state and local authorities are overwhelmed, operates in a variety of locales. In addition to operating in the contiguous United States, FEMA also works in U.S. territories, including American Samoa, Guam and Puerto Rico.

As a result, FEMA’s devices need to work in all of those regions, Nextgov notes. That means the devices that users carry into the field — especially smartphones and tablets with cellular capabilities — need to have the appropriate radios and chipsets to work wherever the agency’s mission takes FEMA’s workers.

Gardner said FEMA is looking into a multipurpose, mobile “tablet sort of platform,” according to Nextgov. The agency also wants to provide workers with devices that can be used during emergencies, as well as during more normal operations.

The importance of mobile devices to FEMA’s operations became clear in late June when the agency set up a Mobile Disaster Recovery Center (DRC) in White Sulphur Springs, W.Va, after massive flooding from heavy rainfall killed more than 20 people. As local newspaper the Register-Herald reports: “DRCs are one-stop shops for eligible storm survivors to receive one-on-one, face-to-face help from local, state and non-government organizations. Federal disaster assistance for individuals and families can include money for rental assistance, essential home repairs, personal property loss and other serious disaster-related needs not covered by insurance.”

Such a response by FEMA requires federal workers on the ground to have mobile devices to record disaster survivors’ data and provide them with information.

The Importance of Mobile

Enhancing FEMA’s mobile strategy has been a part of Gardner’s portfolio since he joined the agency in 2013, and he has emphasized mobile technology as a way to speed assistance to disaster survivors.

Gardner told FedTech in 2015 that the agency was reconfiguring its facilities and redesigning its systems “to conform to our mobile strategy,” which involved giving workers a greater ability to telework.

“There is a big push now on really making our workforce expeditionary, where our mobile platforms and capabilities will be used to maximize the speed, efficiency, accessibility and ease with which everyone can use FEMA information and data,” he said. 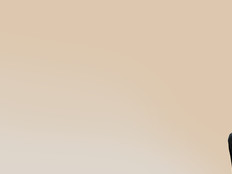 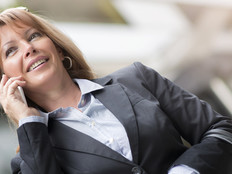