Federal agencies are preparing to upgrade their telecommunications networks, but a group of federal officials say they want to avoid pitfalls of prior enhancements — higher-than-expected costs and long delays. The officials are pressing the Office of Management and Budget to treat the upgrade as a governmentwide program, rather than a project that will dole out funds (and new network equipment the money will buy) on a piecemeal basis.

The EIS will provide mission-critical telecommunications infrastructure and will replace the government’s Networx, WITS 3 and local telecommunications services contracts. It will also be the vehicle through which agencies will take advantage of next-generation network technology, including software-defined networking and 5G wireless networks, for the foreseeable future. The EIS is expected to extend until 2032; technology will continually be updated and refreshed under the vehicle. Agencies are expected to shift away from the Networx contract over the next three years.

A New Kind of Network Upgrade

The officials made their case at the 2016 ACT-IAC Executive Leadership Conference in Williamsburg, Va., during a program called “Perfect Pitches.” Federal officials are asking OMB for funds to address a new program or approach to government IT. In all, officials made 11 presentations on Monday on a variety of topics.

Mary Davie, assistant commissioner of GSA’s Office of Integrated Technology Services, said in a presentation that agencies spend about $6 billion per year on telecom-related services and equipment and are all buying fairly similar communications infrastructure and data networks.

However, Davie said that unlike in the past, agencies will be dealing with transitions to highly complex network technologies and services. Cybersecurity is of greater concern now, she added, than when the Networx contract was awarded in 2007.

The GSA has been evaluating EIS proposals since February. The agency unveiled the final Request for Proposal for EIS last week, revised proposals are due from vendors by Nov. 4 and the GSA hopes to award the contract in the spring of 2017, Davie said.

In the past, Davie said, when agencies made network upgrades under new contract vehicles, every agency looked at how it could upgrade (and get funding to do so) on an individual basis. That led to delays in transitioning, lost savings and higher costs, according to a January 2014 Government Accountability Office report on the Networx transition.

Now, GSA is working with OMB’s E-Government and budgeting offices. Davie said she urged OMB officials in those offices to look at EIS as a single government program rather than as a program that will dole out money to an individual agency. She noted that every agency is going to need the same basic telecommunications infrastructure, and that agencies can achieve savings via new technology like SDN that eliminates hardware costs.

Davie said she is not asking for OMB to approve money for agencies to own a governmentwide network — commercial vendors will provide the equipment and services. Instead, she is aiming for a “community approach” in which basic infrastructure is provided across agencies without each agency buying it separately.

The Perspective at DHS and DOT

The Department of Homeland Security is also looking to approach the move to EIS differently. Robert Palmer, deputy chief technology officer of DHS, said during the presentation with Davie that the agency has accumulated a great deal of legacy equipment.

As it moves to EIS, Palmer said the agency’s “mission couldn’t be more imperative,” and that DHS wants to “flip the conversation on its head, so to speak,” focusing on how the new technology can improve both the services DHS provides to citizens and how it operates internally.

Meanwhile, at the Transportation Department, CIO Richard McKinney noted that DOT’s network infrastructure is a hodgepodge of gear and designs built up over eight or nine operating administrations, with all of it stitched together over time.

“We, as a department, had no overarching network blueprint,” he said.

As McKinney started moving some of the department’s operations to the cloud, like email via Microsoft Office 365, he started hearing from certain segments of his IT operations team that such services might not work on various parts of the agency’s network.

McKinney hired a firm, Decisive Communications, to conduct a network assessment and discovery. Using technology from Riverbed, the firm built a blueprint of the department’s network. That “yielded incredible results,” McKinney said, as the agency learned of areas where it had conducted poor network hygiene and where cybersecurity gaps needed to be filled. The department also discovered that many unknown network devices had been installed by field office staffers.

Now, with EIS, McKinney said Decisive’s task has been to figure out how the Transportation Department could architect its network as if it were building it from scratch. As the department moves to the cloud and changes how it does business and provides digital services, McKinney said, “the network is foundational.” 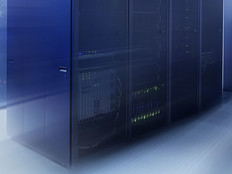