Computers today come in all shapes and sizes — billions of them are in our pockets in the form of smartphones. Many modern devices, especially those running Microsoft’s Windows platform, are two-in-one devices that can be folded over to serve as both tablets and notebook computers.

Not that long ago, however, notebooks were a novel concept. One of the first such devices was the GRiD Compass, designed by industrial designer Bill Moggridge and manufactured by GRiD Systems Corp.

The GRiD Compass’s durable clamshell design made it ideal for the rigors of space travel and it wound up accompanying astronauts on NASA shuttle missions in the 1980s and ’90s. How did this gadget pass into lore as one of the first notebooks, and influence the design of notebooks for decades to come?

WHAT   Is the GRiD Compass? 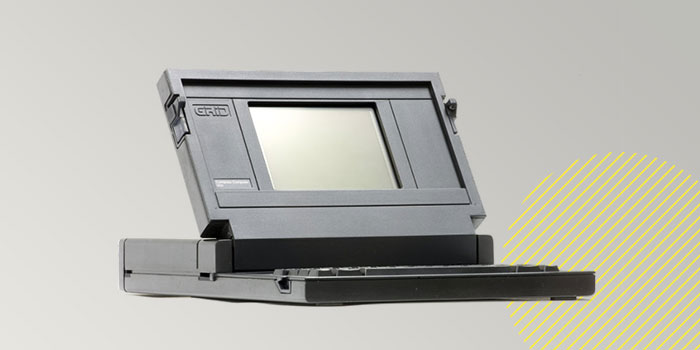 According to the Cooper Hewitt Smithsonian Design Museum, Moggridge designed the GRiD Compass with Steve Hobson and Glenn Edens in collaboration with the design firm ID Two. The design work began in 1979, according to PCWorld.

The initial idea, Cooper Hewitt notes, was to design an exterior computer case, “a minimal, low, rectangular black box, the top horizontally bisected with a hinged section that lifts to reveal the screen and keyboard,” providing users with a large, readable screen for its size, the museum notes.

After taking a prototype home and using it, Moggridge realized that “the user’s interaction with the object (hardware) and the software was just as important as the design of the physical form. Object and user interaction were both essential design elements that combined to create a complete experience.”

In what would become a key element of its design, the GRiD Compass had a magnesium alloy case, which made it highly durable. As CNET notes, the device “featured an Intel 8086 processor, a 320×240-pixel electroluminescent display and a 1,200-bits-per-second modem.” The gadget weighed a little more than 10 pounds, which Cooper Hewitt notes was lightweight for the time.

WHEN  Was the GRiD Compass Introduced? 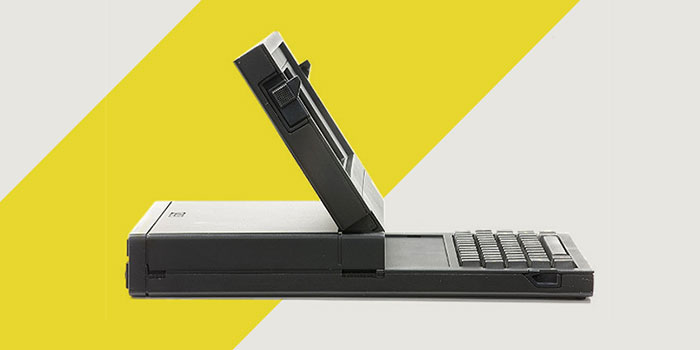 GRiD Systems Corp introduced the device in 1982. The GRiD Compass had its own specialized operating system, the GRID-OS.

According to Cooper Hewitt, the GRiD Compass “was originally intended for business users in need of a mobile and responsive computer that would allow them to work more easily while traveling.”

The gadget was considered “the Cadillac of portable computers in the industry,” according to a December 1984 issue of InfoWorld magazine. The GRiD Compass was one of the first to support an electroluminescent screen, “a flat-panel amber display that offers excellent screen resolution and visibility,” the magazine notes. Unlike liquid crystal displays on flat-panel computers, like the Hewlett-Packard Portable and the Data General-One, the GRiD Compass’ screen allowed several users to view the display simultaneously, according to the magazine.

The magazine went on to note that the U.S. military was interested in the machine “because of its durability and excellent graphics.”

NASA sought out the device for use on its space shuttle missions “for on-board navigation and tracking fuel and other shuttle data.” The GRiD Compass was used on a Space Shuttle Discovery mission in 1985, and, according to Cooper Hewitt, although the device was created for a broad audience, “the GRiD’s physical and interactive design was well suited to the specialized work of space missions, and it was included on shuttle flights into the 1990s.” In 1992, it was used on STS-46, a Space Shuttle Atlantis mission that conducted the first Tethered Satellite System (TSS) test flight.

WHY  Did the GRiD Compass Die Off? 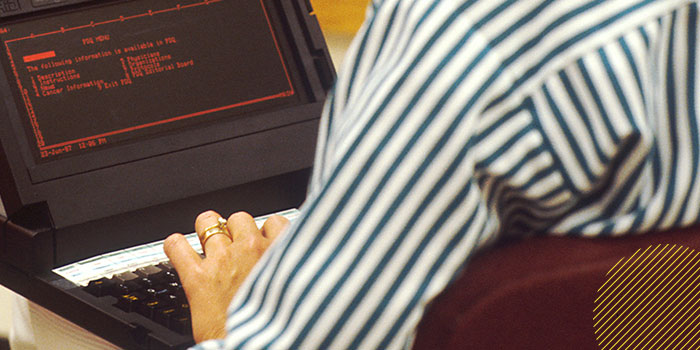 Courtesy of the National Cancer Institute

The GRiD Compass never became a popular device. Its specialized software and high price tag (above $8,000) limited its appeal. In its first year, according to InfoWorld, GRiD Systems sold 3,000 units, and by the end of 1984 had sold between 8,000 and 10,000 units.

Newer and more powerful PCs surpassed the GRiD Compass in both performance and mass market appeal. However, as CNET notes, “nearly every laptop since has used some element of Moggridge’s clamshell.” Moggridge’s name appears on the clamshell patent, according to CNET, but the patent rights were assigned to GRiD, which was acquired by the Tandy Corporation in 1988. In 2000, the Tandy Corporation name was dropped and entity became the RadioShack Corporation.