The word “mainframe” conjures up pictures of room-sized computers, attended to by men wearing thin ties turning big knobs and dials amid a sea of blinking lights. The truth is not that far from that image.

The IBM 7094 is regarded as one of the most powerful and advanced mainframe computers of the early 1960s. NASA and the Air Force used the 7094 for critical operations, and the mainframe played a large role in the Gemini and Apollo space program, as well as early missile defense systems to guard against intercontinental ballistic missiles with nuclear warheads. 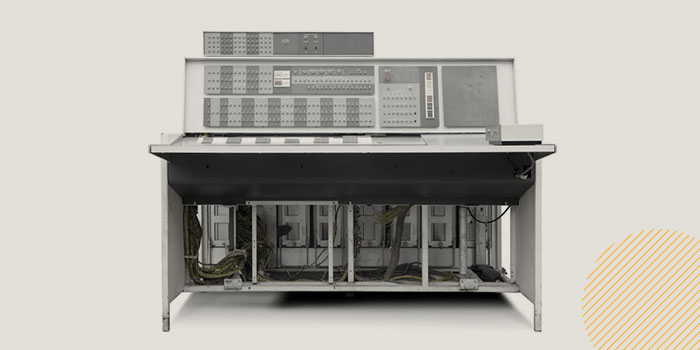 The IBM 7094 was the successor to the IBM 7090 mainframe. “Compatible with the IBM 7090, the advanced solid-state IBM 7094 offered substantial increases in internal operating speeds and functional capacities to match growing scientific workloads in the 1960s,” IBM notes. “The powerful IBM 7094 had 1.4 to 2.4 times the internal processing speed, depending upon the individual application.”

The 7094 had a basic machine operating cycle of 2 microseconds, and a new processing unit that improved transfer instructions and let it compare operations. It also allowed for two instructions per core storage cycle, substantially reducing instruction cycle time.

A physically large device that used a cabinet to house its processing circuits, the 7094 had an amount of core memory that seems unbelievably miniscule today: 150 kilobytes, just enough to manage a handful of Microsoft Word documents. Still, it is regarded as “the classic mainframe because of its combination of architecture, performance, and financial success: hundreds of machines were installed at a price of around $2 million,” according to the book A History of Modern Computing by Paul Ceruzzi. 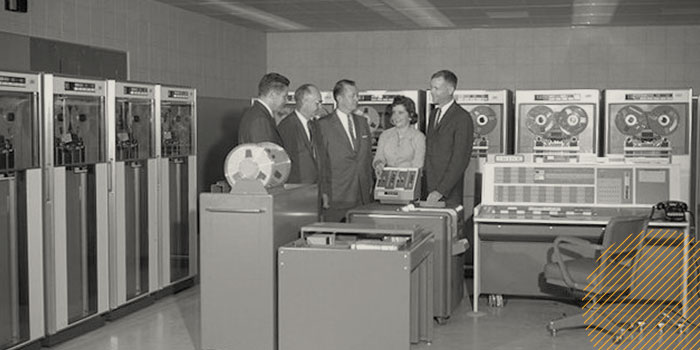 © Courtesy of the Computer History Museum

IBM won a contract with NASA for the space program’s Gemini-Apollo Real-Time Computer Complex, and 7094 mainframes were used for software development, according to an official history of the space program from NASA.

“All of the Mercury control software was in assembly language. Aside from the assembler, software tools were minimal, reflecting the state of the art circa 1960,” NASA notes. “Partly inspired by the difficulties of developing a large system such as Mercury and SAGE and partly to help commercial customers creating new software to match the size and capabilities of the new line of mainframe computers, IBM provided a much better set of tools with its 7094 series machines than with earlier models. A fairly robust operating system, IBSYS, could be used with the 7094, and a modification of it gave the Gemini software developers a decent editor and compilation tools for high-level languages.”

Meanwhile, four IBM 7090 systems were incorporated in the Air Force’s Ballistic Missile Early Warning System, the 3,000-mile radar system in the far north designed to detect missiles fired at southern Canada or the United States from across the polar region, according to IBM. Those machines were later upgraded to 7094 models; the Air Force retired its last 7094 from the Ballistic Missile Early Warning System in the 1980s, according to the Computer History Museum. 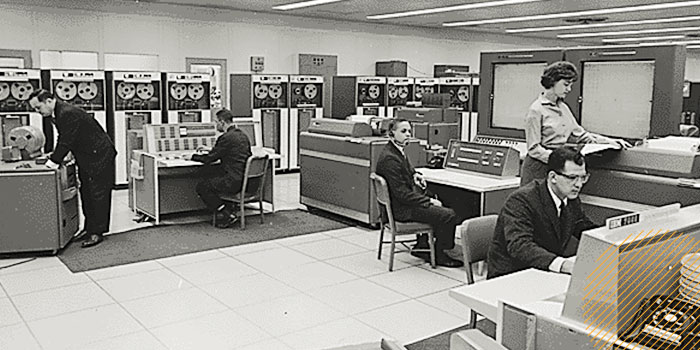 © Courtesy of the Computer History Museum

Like many early computing technologies, increased demand for memory and processing forced agencies to find more powerful solutions. IBM announced the System 360 series in 1964, which NASA notes was “a compatible line of several computers of different sizes using a new multiprocessing operating system that owed some of its characteristics to the company's NASA experiences.”

Scientists at Bell Labs used the 7094 to create the first synthesized human singing voice, and taught it to sing “Daisy Bell (Bicycle Built for Two).” Arthur C. Clarke witnessed a demonstration of the feat in 1962, and it inspired him to write the scene in which the HAL 9000 computer sings the same song in the film 2001: A Space Odyssey, according to Moving Innovation: A History of Computer Animation, by Tom Sito. 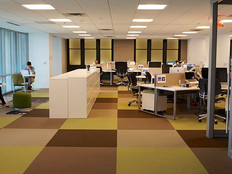 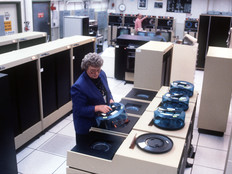