If federal agencies want to operate smoothly and seamlessly in the coming decades, they must get on board with the cloud. That was a key takeaway from several federal IT leaders at an industry conference this week in suburban Washington.

Speaking Wednesday at FedScoop’s “Government of the Future” conference, Federal Communications Commission CIO David Bray noted that the word “government” is an outdated, 20th-century term, and that agencies should try to avoid it, focusing instead on “public service.” That’s because so many government functions can be accessed and delivered by citizens now, in ways that could not be fathomed 60, 40 or even 20 years ago.

The Importance of the Cloud

Bray acknowledged that many agencies, and many federal IT workers, are still resistant to moving data and applications to the cloud. “They like the client-server model,” he said. However, Bray stressed that agencies need to move to the cloud as quickly as possible, even if it’s a private cloud.

The FCC has moved 100 percent of its IT to a public cloud environment. Instead of six to seven months required to implement a prototype application, Bray said, the agency can now do so in 48 hours. As Federal News Radio reported last fall, the FCC was spending 85 percent of its IT budget on maintaining legacy systems, some of which were more than a decade old. Now it’s down to 50 percent.

Bray said he would like to see agencies have access to an “a la carte cloud service catalog,” with predetermined Platform as a Service and Software as a Service offerings in which agencies could pay for individual seats or licenses.

Bray said that agencies cannot perform all of their IT tasks and application creation on their own. “We had a fixation on government writing its own code. That, to me, is like in World War II, saying we’re going to build all of the planes by ourselves.”

Looking ahead to federal IT of the 2020s and 2030s, Bray said that he foresees much greater use of artificial intelligence, as well as a subset of AI known as machine learning, which uses algorithms to detect patterns, predict outcomes and potentially operate autonomously.

“We can get to the advantages of AI and machine learning only when we have moved all of public service to the cloud,” Bray cautioned.

Michael Hermus, chief technology officer at the Department of Homeland Security, said on a separate panel at the event agencies need to be aware of current state-of-the-art technology and the cloud offerings available to them.

Agencies need to be efficient, but also need to deliver value, and cloud can help them do both, Hermus said. Cloud is sometimes more expensive than traditional IT, he added, but it’s cheaper when agencies need to scale computing or storage rapidly. Cloud brings agencies agility and speed to market and “can be transformative to a mission and an organization.”

Like the FCC, Hermus said DHS is discussing incorporating AI into its components and services. “The Mission of DHS is about information — understanding and seeing it, and sharing it across components,” he said, and includes tasks like screening cargo and people and identifying threats. DHS wants to leverage machine learning to find patterns that humans might miss. The technology will be used to augment human capability, but not replace it. 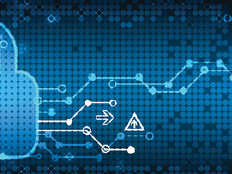 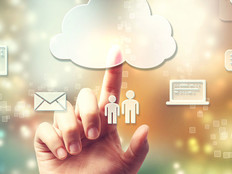