Of those 5,600, about 4,600 are owned and operated by agencies themselves, with the rest outsourced to third parties, according to Powner, the GAO’s director of IT issues. However, how many of those 4,600 have installed automated monitoring tools to keep track of server utilization and power usage effectiveness? Only 120.

The numbers Powner discussed Thursday at MeriTalk’s 2017 Data Center Brainstorm event in Washington, D.C., tell a big part of the story of federal data center optimization efforts over the past few years. Agencies have made solid progress in shuttering data centers but less so on making them more energy efficient and optimized with new technologies, according to Powner.

However, Powner said not every agency is contributing to this success. He notes that the Department of Veterans Affairs has only closed 8 percent of its data centers, largely due to the different instantiations of its electronic health records software, the Veterans Information Systems and Technology Architecture. The VA is weighing revamping the platform or moving to a system provided by a commercial vendor.

Powner noted that there are provisions of the Federal Information Technology Acquisition Reform Act that will sunset next year on data center closures, and that there is roughly $5 billion still on the table in additional savings agencies can wring from closing data centers. However, many agencies will not meet data center closure goals, Powner said. He advocated for Congress to extend the deadlines by two years, and then assess agencies’ progress.

That would be 10 years into the data center optimization push, Powner noted. “If agencies really can’t optimize these data centers by 2020, 10 years into it, should they be in the business of owning and operating data centers?” Powner asked. “It’s a fundamental question. Maybe they shouldn’t be, and let someone else do it for them.”

“The good news is we have saved a lot to date,” he said. “The bad news is we need to have agencies commit more to these savings.”

To comply with the Data Center Optimization Initiative, which the Obama administration issued in August 2016, agencies will have to meet five metrics for tiered data centers by Sept. 30, 2018. Those metrics are:

Powner noted that server and facility utilization are particularly important. “Having empty buildings and equipment that isn’t being used is inefficient and really a waste of money,” he said.

According to Powner, nine agencies have said they will meet the metering requirement, but only four currently have monitoring tools in all their agency-owned data centers: NASA, the National Science Foundation, the Social Security Administration and the U.S. Agency for International Development. Out of 4,600 government-owned and operated data centers, just 2.6 percent have installed the tools.

Agencies spend roughly 80 percent of their IT budget on operations and maintenance (O&M), not investing in newer and more efficient IT. Powner said he is “still optimistic we can do this right, but have to get out of spending our budget on O&M.” Agencies need to shift away from inefficient spending on O&M, he said, “and data centers are one of the best places to start.” 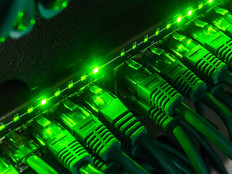