Businesses all over the world are using cloud computing technologies for data storage. Indeed, IDC found in July 2016 that, in a survey of 6,000 IT organizations, nearly two-thirds were either already using or planning to use public cloud Infrastructure as a Service by the end of 2016. IDC expects public cloud IaaS revenues to more than triple, from $12.6 billion in 2015 to $43.6 billion in 2020.

But is the federal government turning to cloud storage? And if so, what is this cloud storage being used for?

As agencies deploy more sensors as part of the Internet of Things, they are collecting more data. All that data needs to be stored somewhere. Simultaneously, agencies are trying to meet requirements to consolidate and optimize their data centers. The cloud can help on both of those fronts by providing virtually unlimited storage, which allows agencies to shutter data centers as they move apps and data off of physical servers and into the cloud.

It costs between $4 and $100 to manage the storage of a single gigabyte of unstructured data over the course of its lifetime, according to a March 2016 study from Enterprise Strategy Group. The costs can vary depending on the type of storage, the number and salaries of administrators, the criticality of the data and whether it is subject to compliance mandates.

Distinguishing between different types of data and determining the data’s value is critical. Technologies such as ControlPoint and Structured Data Manager can help agencies sort legacy data and determine its value.

As agencies better categorize existing data, they must also determine how storage-worthy data will be used, as FedTech reported. The frequency with which certain data is used and the required confidentiality of each data set can influence such decisions. That kind of analysis helps IT teams better determine where to store each data set, such as within a private, public or hybrid cloud solution.

“Ultimately, federal customers will use a hybrid cloud environment,” Rob Stein, vice president for NetApp’s U.S. public-sector division, told FedTech last year. “I talk to a lot of federal CIOs, and data storage is usually one of the top five things they want from the cloud.”

The Defense Department, Department of Homeland Security and NASA are the agencies that are spurring spending on, and adoption of, Internet of Things sensors across the federal government, according to a report last year from Big Data and analytics firm Govini. In the years ahead, civilian agencies will likely deploy such sensors in greater numbers, but various partnerships will be needed to migrate defense-related technologies to those agencies.

Govini breaks down the IoT into two main categories: infrastructure, which involves equipment to enable the exchange of information between sensors, the cloud and devices; and software, which refers to applications that facilitate the transmission, storage and analytics of sensor-collected data. Cybersecurity is key for wireless devices, cloud storage and sensors, as well as software elements like data processing and device-based apps.

A separate 2016 report from Govini found that the federal cloud services market is booming, and cloud storage is poised to see growth in particular as more agencies deploy IoT sensors that generate data that then needs to be stored.

Email and Document Storage in the Cloud

The shifting of traditional on-premises apps such as email and document sharing to the cloud is also driving the growth in cloud storage. The Department of Health and Human Services had been a reluctant cloud adopter, Federal News Radio reported. Now, however, it is embracing the cloud with gusto.

“The next thing we are trying to do is the One-Drive capability so you can have your documents anywhere. Then, obviously, coupling that with the Office 365 in the cloud it will make it virtual anyplace,” Killoran told Federal News Radio. “Not only will we have unlimited storage but we will be able to utilize those capabilities on multiple types of devices and to be able to share information more collaboratively than in the past,”

Shifting to the cloud can also help agencies shutter data centers and cut costs. The Data Center Optimization Initiative, which the Office of Management and Budget codified last summer, encouraged the adoption of virtualized servers and cloud services. DCOI will likely encourage the shift to software-defined data centers.

In an indication of how the cloud is reshaping data centers, the Army has well over 1,000 data centers but plans to shutter the vast majority of them by moving apps and data to the cloud.

In January, the Army finalized a long-awaited contract with IBM, worth $62 million, to build, manage and operate a cloud solution at the Army’s Redstone Arsenal, near Huntsville, Ala.

Tim Kleppinger, vice president and senior client partner of IBM U.S. Federal, told AL.com that the initial group of apps that will be migrated to the cloud has been selected, and that some of the migration work “will be done by the organizations that actually run the data and some will be done by IBM” or other contractors. 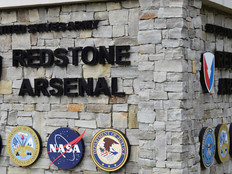 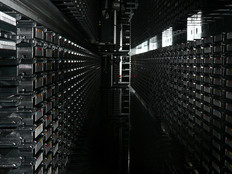