The cognitive technologies behind artificial intelligence have the potential to fundamentally reshape how the federal government operates, according to a report from the Deloitte Center for Government Insights.

The report, “AI-Augmented Government,” released earlier this month, says that “over time, AI will spawn massive changes in the public sector, transforming how government employees get work done. It’s likely to eliminate some jobs, lead to the redesign of countless others, and create entirely new professions.”

One of the biggest potential changes is the cost of doing business. The report found that “millions of working hours each year (out of some 4.3 billion worked total) could be freed up today by automating tasks that computers already routinely do.”

At the low end of the spectrum, Deloitte estimates, automation could save 96.7 million federal hours annually, with a potential savings of $3.3 billion. At the high end, those figures jump to 1.2 billion hours and a potential annual savings of $41.1 billion.

The report provides a taxonomy of AI systems — rules-based systems, machine translation, computer vision, machine learning, robotics and natural language processing — and delves into their practical applications in government. How can AI reshape the federal government? Here are seven clear benefits the report spells out.

As an example, the report notes that the Department of Homeland Security’s Citizenship and Immigration Services created a virtual assistant, EMMA, that can respond accurately to human language.

EMMA uses its intelligence simply, showing relevant answers to questions — almost a half-million questions per month right now. “Learning from her own experiences, the virtual assistant gets smarter as she answers more questions. Customer feedback tells EMMA which answers helped, honing her grasp of the data in a process called ‘supervised learning.’”

The report notes that “cognitive automation can perform tasks at previously impractical scales, speeds, and volumes,” allowing for both resource redistribution and workforce optimization.

For example, electronic document discovery locates 95 percent of relevant documents in the discovery phase of legal cases, compared to an average 50 percent for humans, and in a fraction of the time. “The technology allows lawyers to sift through vastly larger document dumps,” the report says. “In medicine, similarly, robotic surgery aims to allow doctors to perform more operations.”

A 2016 Governing survey of state and local officials found that 53 percent had trouble getting their work done in a 35-to-40-hour week due to excessive paperwork burdens, the report notes.

At the federal level, Deloitte says that “simply documenting and recording information consumes a half-billion staff hours each year, at a cost of more than $16 billion in wages alone. Procuring and processing information eats up another 280 million person hours, costing the federal government an additional $15 billion annually.” Robotic automation could help cut that down substantially.

At the U.S. Patent and Trademark Office, the backlog of patent applications reached 558,091 in October 2015, the report notes. “Patent delays can significantly hamper firms, especially start-ups; an agency study concluded that each year of delay in reviewing first patent applications that ultimately receive approval reduces a company’s employment and sales growth by 21 and 28 percent, respectively, over five years,” according to the report.

AI technology embedded with sensors and cameras can allow agencies to track and report important information in real time, the report says.

Machine learning and natural language processing can reveal patterns and guide effective responses to problems that agencies routinely track, according to the report. For example, such technologies could reveal the most vulnerable populations in public health crises or trace the origins of food-borne illness.

The Army’s Medical Department is “developing wearable physiological monitors that use a machine-learning algorithm to weigh the potential seriousness of wounds, to assist medics in prioritizing treatment or evacuation,” the report says.

Meanwhile, the Energy Department’s new self-learning weather and renewable forecasting technology, SMT, is 30 percent more accurate in solar forecasting than previous techniques (the work is being done in partnership with IBM), according to Deloitte. “To improve its prediction accuracy, the system uses machine learning, information from multiple sensor networks, cloud motion physics derived from sky cameras, and satellite observations,” the report says.

Like DHS, the Army devotes significant resources to answer citizens’ queries. The Army does so especially for potential recruits.

The Army found that SGT STAR does the work of 55 recruiters, with an accuracy rate of more than 94 percent, and has increased engagement time for site visitors from 4.0 to 10.4 minutes, Deloitte notes. As of 2016, the virtual assistant had answered more than 16 million user questions.

“SGT STAR uses machine learning to recognize data patterns that help it distinguish helpful answers from unhelpful ones,” the report says. “The more questions it answers, the more it learns and the better it gets.”

The report notes that “if cognitive automation and engagement are used to relieve the human worker of tasks that are rules-based, routine, repetitive, and relatively simple, humans are then free to focus on more complex, value-adding tasks.” 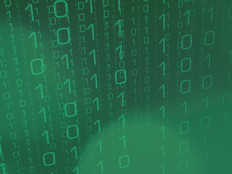