The government has had a “cloud first” policy since 2010, but some agencies have been reluctant to shift applications and data to the cloud. Others, such as the Defense and State departments, have been moving apps with gusto.

One of the key takeaways from FCW’s Cloud Summit in Washington, D.C, on Aug. 23 is that the time for dillydallying is over. Agencies need to shift to the cloud to modernize their IT infrastructure, cut spending on legacy hardware and get out of the data center business altogether.

“[The] Navy is all in. We have a ‘cloud first’ policy,” said Dan DelGrosso, technical director for the Navy’s Program Executive Office for Enterprise Information Systems. “The message to the entire fleet, afloat and ashore, is you will go to cloud.”

DelGrosso later added: “We’re trying to get out of the business of owning our own infrastructure.”

Shutting Down Data Centers Is the Focus

Cloud adoption is being sped along by several factors, including a desire to trim costs amid tight IT budgets. Another is the government’s Data Center Optimization Initiative, which encourages virtualization and cloud adoption, and presses agencies to explore options for consolidating or closing existing data centers by moving to the cloud.

The Navy has a five-year plan to migrate all of its data to the commercial cloud, DelGrosso said, with the understanding that “anything that can go to the cloud, technically speaking, will go to the cloud.” It may not be practical to migrate some legacy applications, of which the Navy has many, he said, and the Navy may end up killing off those apps.

“The modernization piece is really the responsibility of the application system owners across the fleet,” he said. The Navy is getting functional area managers engaged in the process of preparing apps to be moved to the cloud by making the apps meet standards and criteria set by cloud service providers, he said.

From an infrastructure perspective, the Navy uses a cloud access point (CAP) to serve as “boundary protection” for Level 4 data, the most mission critical and sensitive data. A CAP serves as a security conduit through which the Pentagon connects to the commercial cloud. As the Navy scales its cloud services, DelGrosso said the service branch is exploring ways to virtualize its boundary protection and avoid building more infrastructure inside the Defense Department.

Meanwhile, at the Small Business Administration, CIO Maria Roat said that after she came on board in October 2016, she did a walk-through of the agency’s facilities and found there was water coming into SBA’s primary data center as a result of a leak caused by construction in the building. That spurred Roat to stabilize and modernize SBA’s infrastructure and get out of that data center.

In November, after seeing that four separate IT inventories did not match up, Roat drew a line in the sand. “I said no new hardware, period,” she added, and none has been put in place. Her IT team went through data centers tagging server racks with red, yellow and green tags; red meant it had to go, systems with questionable compatibility were tagged yellow and those that couldn’t be migrated got a green tag, meaning they could stay. By January, SBA had shut down 100 systems, Roat said, and started on its cloud migration path.

Before SBA can move on to other key IT priorities, the agency must get out of its primary data center. “I’ve got to get this right first, so we are moving very quickly, very fast,” Roat said. “I don’t have a choice. We’re pushing really hard and I’m pushing my time.”

SBA could get down to just two server racks, she said, but for now the goal is four. Apps that cannot be migrated to the cloud are currently being staged in an environment separated from the rest of the agency’s cloud until they can be upgraded and modernized, she said.

Agencies Gain Agility in the Cloud

Shashank Khandelwal, the acting director of cloud.gov at 18F within the General Services Administration, said modernization is not about new and shiny things.

Moving to the cloud, he said, is about changing agencies’ processes to look at users’ needs, then quickly run experiments to build services and applications that meet those needs, and then get better services.

“Cloud lets you do that,” he said, because most cloud service providers offer lots of add-on services for not just computing but storage, quality assurance and notifications. All of those offerings are self-service and easy to add. 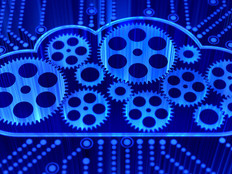 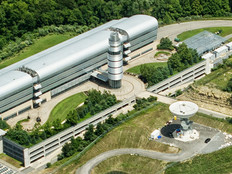 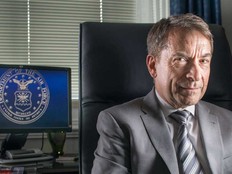