Agencies will be required to do more with less amid flat or declining IT budgets. One way forward for agencies is shared services, which consolidate common government operations like IT management, finance, human resources and other functions into centralized service providers.

The Trump administration has highlighted, via executive orders and memos from the Office of Management and Budget, the importance of shared services, which can save agencies money thanks to common practices and fewer systems to maintain.

To expand their use of shared services, agencies should look for partnerships with the private sector, according to Beth Angerman, executive director of the Unified Shared Services Management office at the General Services Administration. She said there are opportunities to “more tightly partner industry with government to be able to scale,” which would allow USSM to “share the risk differently than the way that we have structured shared services today,” reports FCW.

Partnering more with industry could help agencies keep their technology up to date, which is a common challenge, Angerman said during an interview with Government Matters, according to the FCW article. The goal is to increase agencies’ adoption of technical solutions that would give the “government access to technology that we see available in the commercial storefront,” which agencies have typically not allowed.

These partnerships would deliver “better efficiency and a better process … which as a result will hopefully bring a value proposition to both the government and the taxpayer,” she said.

Angerman added that “if we could agree on some standards on how we actually do those processes, that will allow us to bring that technology in,” cut down on manual processing and improve the government’s performance, according to FCW.

Some agencies already are reaping the benefits of shared services. For example, the Federal Aviation Administration has saved tens of millions of dollars thanks to shared services and has reinvested it in FAA mission areas, according to Sean Torpey, the acting deputy assistant administrator for information and technology and acting CIO for the agency. These savings are important as the FAA pushes to modernize and replace its legacy IT.

“We did that with our wireless implementation and with other requirements that have gone up so we haven’t gone back to our appropriators for more money. We’ve actually been really efficient on our dime and spending the money as best we can,” Torpey told Federal News Radio. The FAA’s technology budget is $340 million.

The agency is also a “big believer” in shared services, Torpey says.

The FAA saved or avoided spending $36 million during the first year of using shared services for email and other capabilities, especially networking, according to Torpey.

“That was a big win for us,” he says. “Our infrastructure and operations budget we were able to cut operations by 40 percent one year and that was able to be kicked back into implementing a wireless and Wi-Fi solution around the country. For our stakeholders who are aviation safety inspectors or any FAA employees can go to any of the 1,033 facilities and have Wi-Fi access. We’ve been able to really gain efficiencies and work it from that perspective.” 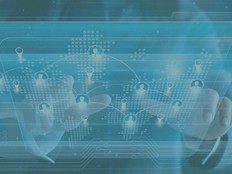 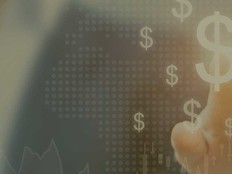