Editor’s note: This is the latest article in an ongoing series examining how the federal IT landscape will evolve during the Trump administration.

A shared services initiative, conceived under George W. Bush and further developed during Barack Obama’s second term, remains in vogue at the White House, this time as part of the new Trump administration.

Instead of each agency or subagency maintaining its own finance, IT or human resources systems, shared services often consolidate those functions and spread their use across government. As a result, shared services can transform systems, government processes and even employees’ day-to-day tasks.

In addition, modernization and consolidation inevitably lead to more standardized, reliable data that can help leaders during their decision-making process, Angerman says.

For those reasons, the technology has appealed to previous White House administrations and continues with the current president. President Trump has mentioned shared services twice in the flurry of executive orders he issued earlier this year.

In a March 13 executive order that focused on reorganizing the executive branch, President Donald Trump directed the Office of Management and Budget to propose a plan for revamping how the government operates. A follow-on memo from the director of OMB directs agencies to consider the use of shared services, says Dave Mader, chief strategy officer for Deloitte Consulting’s federal civilian sector.

The second executive order — a May 11 missive on cybersecurity — is even more explicit and encourages shared services specifically in the IT context, including email, cloud and cybersecurity services.

Many agencies had already started down this path. The GSA, for example, publishes shared services standards and playbooks, which act as a how-to guide for agencies. They also distribute information on consolidating technology across government, gathering shared services performance data and encouraging the move to Software as a Service.

“Fewer systems are easier to protect,” Mader says. “The inevitable move from legacy systems to new technology, such as the cloud or SaaS, lets agencies avail themselves of the latest and greatest cyberprotection.”

USDA Shows How to Take Advantage of Shared Services

In recent years, federal IT shops have followed varied paths to adopt shared services. Larger agencies with several subagencies may deploy a single shared services initiative across the entire agency. That’s the path the Agriculture Department followed in reducing its human resources functions.

Previously, each of USDA’s 13 subagencies employed its own HR systems, staff and processes. Now, one HR system serves the entire department, as well as several other federal agencies. At the same time, USDA’s financial services is part of the National Finance Center, which provides data center Platform as a Service (PaaS) and application development capabilities to several agencies, including the Federal Emergency Management Agency, the Air Force, the Environmental Protection Agency and the Transportation Security Administration.

“Sharing systems and other resources with other agencies not only lowers their costs, it lowers our costs as well,” says USDA CIO Jonathan Alboum.

This means each agency chips in less to USDA than what it would pay if it had its own dedicated system, while at the same time USDA offsets the expense of managing the infrastructure.

Agencies can also follow a strategy where they outsource a service, including employees, to another agency. The Housing and Urban Development Department moved its HR and financial management operations, systems and staff to a shared services provider with the Treasury Department, Mader said. Others have considered outsourcing hosting and maintenance to a solutions vendor, with each agency paying on a subscription basis.

But the transition to a shared services approach is not a cakewalk.

“You need good communication, change management and coordination between customer agency and provider, spelling out very explicitly what services are provided, when and by whom,” Alboum says. “And you need people with good program and project management skills, rather than technical skills,”

Still, agency leaders say the investment can be worth it.

“Technology and private sector best practices have evolved to where the federal government has a significant opportunity with shared services to change the way we do business internally and ultimately better serve the American people,” Angerman says. 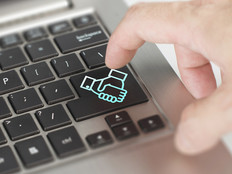 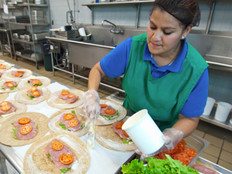