Autonomous vehicles are coming. Former Transportation Secretary Anthony Foxx told The Verge last year that by 2021, “we will see autonomous vehicles in operation across the country in ways that we [only] imagine today … Families will be able to walk out of their homes and call a vehicle, and that vehicle will take them to work or to school.”

Research firm IHS Automotive predicted last year that there will be nearly 21 million autonomous vehicles sold annually in 2035 and nearly 76 million vehicles with some level of autonomy will be sold by 2035.

What role will the federal government have in shaping that world? According to a recent report from consultancy Deloitte, a potentially big one, depending on how agencies approach the technology. Agencies will need to interact with states, cities, private companies, academics and others as new mobility models are developed.

The report from the Deloitte Center for Government Insights, “Governing the Future of Mobility,” highlights three main ways in which the government has a stake in shaping this debate:

The Role of Regulation for Autonomous Vehicles

The government has been thinking about these ideas for several years. In September 2016, DOT released the Federal Automated Vehicles Policy, a set of guidelines for carmakers pursuing autonomous vehicle initiatives.

“We envision in the future, you can take your hands off the wheel, and your commute becomes restful or productive instead of frustrating and exhausting,” Jeffrey Zients, then director of the National Economic Council, told The New York Times, adding that highly automated vehicles “will save time, money and lives.”

“DOT decided to put out a living document to start creating a framework to understand the technology,” Vinn White, a specialist leader at Deloitte Consulting and a former DOT deputy assistant secretary, tells GCN. DOT Secretary Elaine Chao is expected to release a revised version of the autonomous vehicle report in the next few months based on comments received from industry and government stakeholders, White says. Deloitte hopes to shape the conversation leading up to that release.

The Deloitte report agrees with Zients’ assertions, noting that auto accidents killed more than 35,000 people in the United States in 2015 and left another 2.44 million with injuries, figures autonomous vehicles could reduce. Fewer crashes also mean lower costs across the board, the report adds. The National Highway Traffic Safety Administration estimates that the price tag for motor vehicle crashes — including medical, legal, emergency services and insurance costs, plus lost productivity — reached $277 billion in 2010.

Federal regulators and Congress will need to address numerous factors related to automated vehicles, including vehicle safety standards, liability, data management and privacy, and, of course, cybersecurity of such vehicles and infrastructure. Another big wild card is connectivity and interoperability, including how the Federal Communications Commission will govern the 75 megahertz of wireless spectrum at 5.9 gigahertz band for connected vehicle-to-vehicle communications. Such spectrum could be used for new crash avoidance technology, which could potentially address 81 percent of crashes involving unimpaired drivers, the report notes.

The report recommends that agencies consult with industry and state and local regulators “to make sure that the resulting rules are relevant to states and cities, and to avoid creating a patchwork of contradictory regulations that prevent progress and ultimately hurt consumers.” Such regulations also should be flexible, “allowing for timely exceptions so they do not inhibit advances in technology.” Regulators also should revisit and refine rules often and remain technology neutral, the report recommends.

Researchers Can Shift the Market for Self-Driving Cars

Federal researchers and those agencies that provide grants can also shape the landscape, the report notes. Deloitte says the government should incentivize the private sector and provide seed money “to engage and create spillover benefits that far exceed the initial outlay.”

For example, DOT’s Federal Highway Administration’s Intelligent Transportation Systems Joint Program Office used its own funding to “encourage pilot efforts in advanced mobility through competition and public-private partnerships when it created the Smart City Challenge,” which ultimately awarded the prize to Columbus, Ohio, the report notes.

Government researchers can also focus on areas overlooked by the private sector, the report notes, including how autonomous vehicles could impact rural parts of the country.

Federal researchers can explore the societal implications of self-driving vehicles and help identify the unintended consequences of such a shift in transportation. For instance, members of five labs funded by the Energy Department “are studying how to make sure that autonomous vehicles — whose 24/7 availability might increase overall road miles traveled — don’t significantly increase energy consumption.” The Energy and Transportation departments recently initiated new collaboration within the National Renewable Energy Laboratory “to accelerate research, demonstration, and deployment of innovative transportation and alternative fuel technologies.”

The government is the nation’s largest employer and operates some of the world’s largest vehicle fleets — more than 600,000 nontactical vehicles, the report notes. For example, the Postal Service owns nearly 228,000 vehicles, and the General Services Administration leases more than 200,000 vehicles to agencies.

Given that buying power, the report says the government “has an opportunity to support industry sales while shaping the evolution of offerings and solutions by making clear their criteria for purchase.” Additionally, by testing and deploying autonomous vehicles, agencies “can send markets and consumers a powerful vote of confidence in these systems’ viability and reliability.”

Moving forward, the report says, agencies “should consider ways to modify procurement processes to accommodate the fast pace of change” in smart transportation technology. Shorter leases could be a possibility, or modular systems that make upgrades easier.

Agencies should also explore creative financing options, such as Mobility as a Service, cost sharing or other approaches that could allow them to “introduce new technologies without requiring a huge up-front investment.”

For example, a ridesharing service for federal employees could be created instead of assigning cars to individuals, or charging stations could be set up for federally owned electric vehicles that citizens would pay to use. 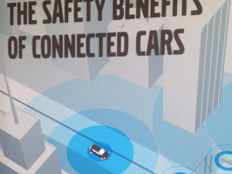 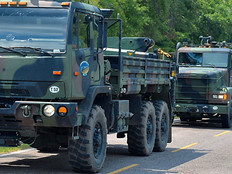