The federal government is vast and it spends a lot of money on IT — $95.6 billion is the latest figure in President Donald Trump’s fiscal year 2018 budget request. However, federal IT and procurement officials think all of that spending could be done a lot more efficiently.

Speaking on a panel Tuesday at the end of the 2017 ACT-IAC Executive Leadership Conference in Williamsburg, Va., federal officials said that the government should embrace shared services to streamline IT spending. Shared services consolidate common government operations such as IT management, finance, human resources and other functions into centralized service providers.

The officials also urged agencies to share data and cooperate more with each other and the private sector to be more efficient. Lesley Field, acting deputy administrator for federal procurement policy at the Office of Management and Budget, noted that in fiscal year 2016, the government spent $474 billion on contracts, according to USAspending.gov, and that 65 percent of that was for common goods and services.

The government, she said, should leverage its vast purchasing power to save money on technology. “We are the largest buyer in the world but we don’t always act that way,” she said.

The Importance of Shared Services and Streamlined IT Acquisition

Tony Scott, the former federal CIO and moderator of the panel discussion, noted that shared service capabilities across the government has long been a “holy grail” in IT.

Beth Angerman, executive director of the Unified Shared Service Management Office at the General Services Administration, said that one of the lessons her office has learned is that “everyone wants the benefits of shared services but they don’t want to define up front what they’re sharing.”

Angerman’s office has created, in consultation with OMB, the Federal Integrated Business Framework, which helps define the common services within mission support areas for each agency. It forces agencies and IT leaders to “think about the outcome in a common way” and focus on “the truly unique things in the federal government that are common enough that we can leverage commercial technology” to carry out.

The USSM office wants to help agencies focus on the data that needs to move between agencies and define it in a consistent way using standard, private-sector conventions, so that agencies don’t need to create their own.

Angerman also said that agencies should continue to use category management to “buy better technology and get better processes” and then increase scale. In 2014, the Obama administration launched an initiative known as category management, which shifts from managing government IT purchases individually across thousands of procurement units to buying as one, in order to leverage the government’s purchasing power.

Field said her office has found hundreds of government contracts in which agencies are buying the same goods and services. OMB and GSA have encouraged the use of “Best in Class” contracts that allow acquisition experts to take advantage of pre-vetted, governmentwide contract solutions and support a governmentwide migration to solutions that are mature and market-proven.

In 2014, the GSA launched its Acquisition Gateway to give federal employees more information on government acquisitions, collaborate on best practices and make buying decisions in more efficient and centralized ways. That has helped in IT acquisition, Field said, though she noted that the hardest thing about technology purchasing is that “we are a very big government.”

Collaboration is Key for Tech Transformation

The panelists emphasized that there is much that agencies can learn from the private sector as they try to update their technology and purchase it more efficiently.

“We’re relying on the creativity, the imagination, the new insights that the private sector can bring to the table,” he added. Agencies need to create an environment where it’s easier for private companies to share those insights with government, Cameron said.

David Grant, associate administrator for mission support at the Federal Emergency Management Agency, agreed that the government has “not done a terribly good job of providing a forum to have those conversations,” adding that agencies “want to know what isn’t working well” and not just what is. 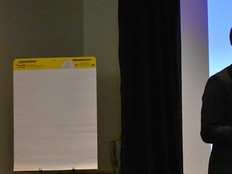 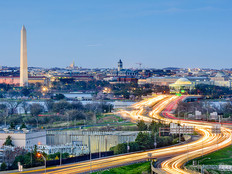