IT modernization is all the rage in the federal government right now, but what does it take to actually update government technology?

More than just a shift to the cloud, it requires a shift in mindset, officials said during a series of presentations akin to “TED Talks” on Monday at the 2017 ACT-IAC Executive Leadership Conference in Williamsburg, Va. To make digital transformations successful at agencies, IT leaders need to focus on the people and processes aspects of organizational transformation more than the technology, they said.

That means developing a less insular culture, admitting when you don’t know the answer on a technology issue and emphasizing how citizens will actually use digital services the government provides, the officials said.

Thad Allen, senior executive adviser at Booz Allen Hamilton and the former commandant of the Coast Guard, said that government often has an inability to grasp the pace of technological change and deploy IT effectively. “It is not going to slow down. It is going to get faster,” he said of changes in technology. “We live in a digitally connected world, but we’re not all digitally competent citizens,” either at an individual or agency level.

Embrace a New Set of Values for Digital Transformation

The government has a reputation for being weak when it comes to delivering modern technology, but that’s not actually true, said Charles Worthington, chief of digital services at the Veterans Affairs Department. He noted that NASA sends probes across the solar system that capture and transmit complex data back to Earth.

What government has a difficult time doing, Worthington said, is providing the kind of easy-to-use web applications technology companies deliver to citizens every day. “Customers’ expectations for how these things should work are way higher than we’re capable of executing,” he said.

To get over that hurdle, Worthington said agencies need to embrace new values. Prior to working at the VA, Worthington served at the U.S. Digital Service, and suggested the values embodied in the government digital fix-it shop should be spread throughout the government.

That includes hiring and empowering great people by actively recruiting them, using technical subject matter experts to evaluate talent, making it easy to apply and communicating with applicants on an ongoing basis.

Another value is finding the truth and telling the truth. Worthington noted that VA Secretary David Shulkin has not shied away from the challenges the agency is facing in terms of lowering wait times for veterans at VA medical facilities.

IT leaders should also “optimize for results, not optics,” Worthington said. “One you pick what the point of the product is, the changes can happen really fast,” he said, noting that focusing on what kind of service agencies should deliver gives clarity to IT teams and helps them make progress quickly. IT teams should not be worried about how the solution is going to be presented to the media or what will happen if the project goes awry, he said.

In that vein, agencies should “go where the work is” and focus on how citizens will be using digital services from the government. For example, application designers and developers should talk to actual people about their interactions with the Social Security Administration to design better apps and services for the agency. Those working on digital services innovation should also talk to government IT workers about their jobs to design better apps, he said. “Give them the tools to allow them to do their job,” he said.

IT leaders should also create momentum around their digital innovations by figuring out ways to deliver results quickly, even if an upgrade is part of a larger, long-term contract. They should use agile development methods to iterate quickly and go through multiple iterations and designs of apps, Worthington said.

In the end, the focus should be on the users, according to Worthington. “Government modernization is rarely glamorous but always personal,” he said.

IT Leaders Should Be Willing to Admit Mistakes

Harrison Smith, chief procurement officer at the IRS, said that the federal IT community winds up talking about IT modernization every six months because IT leaders are often afraid to admit they are wrong, because admitting you don’t know something is scary.

“Unless you have an environment where you admit you are wrong, or are willing to learn, you are never going to get there” and achieve digital transformation, he said.

Part of that, Smith said, is questioning the experts and their assumptions. If someone is not “on the ground” writing software code or working on a contract, they might not know what is best for an IT project, he said.

“Ask the questions of the people who are doing the job,” he said.

Smith said he used to think it was difficult to get leaders on board to invest in new technologies, and have costs up front to save money in the long run. “I don’t think I’m right about that anymore,” he said.

Instead, IT leaders need to be willing to make the case for those investments and focus on the value proposition of their agency and on their mission, first and foremost.

“If it doesn’t support the mission, you are not focusing on the right thing,” Smith said.

In trying to demonstrate value, IT leaders need to understand there are certain things they are doing that are not efficient or beneficial for the mission, he said. “That is hard. That is how we get better.” However, Smith recalled his father telling him a piece of wisdom he still takes to heart: “Nothing worth doing is easy.” 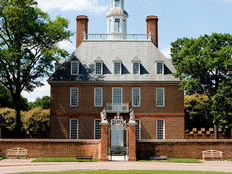