Virtualization is in at the Pentagon.

The Defense Information Systems Agency, which provides IT and secure communications services across the Defense Department and military service branches, is exploring how the Pentagon can modernize its networks through software-defined networks.

DISA thinks that SDN will help make the DOD’s networks more secure and flexible, and less expensive to deploy and manage, according to Lt. Gen. Alan Lynn, DISA’s director.

Instead of linking network functions and policies to hardware, SDN enables agencies to control those tasks through software. As a result, CIOs say these technologies can streamline management costs for complex networks and can significantly shrink the time it takes to deliver network resources.

Lynn described SDN as “instead of having hardware … it’s building a huge network just with software,” during DISA’s Forecast to Industry event earlier this month, according to FedScoop. The site added that SDN “not only costs less from a capital investment perspective, but it’s also a more agile technology.”

Modernizing and Securing Networks Through SDN

In October, the Joint Service Provider, which recently became a subcomponent of DISA and manages all of the IT and cybersecurity defense services inside the DOD’s National Capital Region, issued a request for information to “improve how JSP can successfully implement a software-defined network (SDN) solution and modernize the DOD network.”

The JSP says it wants to “simplify, flatten and optimize the network topology, design and operations through use of virtualization, routing and orchestration techniques,” according to the RFI.

“JSP is intent on dramatically decreasing time to market and operational overhead while increasing network efficiency, sustainability, agility, flexibility, performance and responsiveness,” the RFI states. “Additionally, JSP must harden the network against an [ever-changing] threat environment and protect the DOD from state and non-state actors intent on disrupting mission operations and the defense of our nation.”

Indeed, one of the primary reasons the DOD wants to use SDN is to enhance network security. By virtualizing networks and replicating them in the cloud, the DOD makes its network infrastructure more secure.

“It’s easier to defend a network if you can build multiple, equal networks that are identical in a row,” Lynn said at the DISA event, according to FedScoop. “And then if you have an attack on one of the networks, you can fold that network and move your users over to the next network.”

SDN will allow the Pentagon to switch between identical virtual networks constantly, similar to how modern radios can switch to the best frequency all the time. “You can’t have a persistent attack if the network isn’t persistent, if it’s constantly moving,” he said.

From a data center perspective, virtualization via SDN allows the Pentagon to “spin up a capability whenever we need it,” Lynn said, which reduces costs and makes the agency more agile.

SDN also makes it easier to partner with militaries from allied countries, Lynn said. “We do not fight our nation’s wars by ourselves,” Lynn explained to FedScoop. “We always have a coalition partner. … We think we have an opportunity combining these requirements together to provide an all new type of international network for whoever comes to the fight.”

SDN allows partners to have total control over their networks, making them more likely to share networks and capabilities. “With software-defined networking, they have that opportunity. They can actually hold on to, control their portion of that network,” Lynn said. “And then we connect those networks with this larger network — think of it as a kind of a universal bus that everybody connects into.” 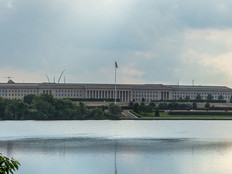 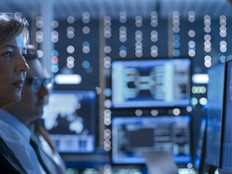