Tensions between the United States and North Korea have been running high this year. The North American Aerospace Defense Command (NORAD) has been on alert tracking North Korean missile launches, but NORAD will soon be tasked with a much more lighthearted mission: tracking Santa Claus.

For 61 years, NORAD — a joint effort by the United States and Canada responsible for aerospace warning and control, air sovereignty and maritime warning in the defense of North America — has tracked St. Nick and his reindeers’ progress on Christmas Eve.

This year, in addition to a website and mobile applications, NORAD’s Santa tracking program (which can be found online at NORADSanta.org) includes integration with Amazon’s Alexa artificial intelligence assistant and Echo wireless speakers. Any time on Dec. 24, Amazon Alexa users can ask for Santa’s location through the NORAD Tracks Santa skill for Amazon Alexa.

As NORAD notes in a press release, starting at 2:01 a.m. EST on Dec. 24, website visitors can watch Santa make preparations for his flight. NORAD’s “Santa Cams” will stream videos on the website as Santa makes his way over various locations.

Then, at 6 a.m. EST on Dec. 24, trackers worldwide can speak with a live phone operator to inquire as to Santa’s whereabouts by dialing the toll-free number 1-877-Hi-NORAD (1-877-446-6723) or by sending an email to noradtrackssanta@outlook.com. Users of Microsoft’s Bing search engine and Cortana AI assistant can also use those services to find Santa’s location on Dec. 24, as can OnStar subscribers by pressing the button in their vehicles.

The Santa Tracker website features Santa’s “North Pole Village,” which includes a holiday countdown, games, activities and more. The website is available in eight languages: English, French, Spanish, German, Italian, Japanese, Portuguese and Chinese. As in years past, there are also official NORAD Tracks Santa apps users can download from the Apple and Google Play stores, allowing parents and children to count down the days until Santa’s launch on their smartphones and tablets. Users can also track Santa through social media on Facebook, Twitter, YouTube and Instagram.

As FedTech explained in 2015, the story of NORAD’s Santa tracking began in 1955 when, according to NORAD, a Colorado Springs-based Sears Roebuck advertisement in the Colorado Springs Gazette urged children to call Santa on Christmas Eve. Just one problem: The ad mistakenly used the telephone number for the Continental Air Defense Command. Children hoping to speak with Santa wound up being connected to the CONAD “hotline.”

The program has evolved over the years, and in the mid-1990s, NORAD set up an operations center, with volunteers manning phone banks to answer queries on Santa’s whereabouts. The Santa Tracker website launched in 1997 and has evolved significantly since then.

In 2016, according to the Defense Department, NORAD Tracks Santa had more than 1,500 volunteers answering 150,000 phone calls, 2,800 emails and 3,000 OnStar requests from children around the world.

Staff Sgt. Patrick Bisigni, of Jefferson, Ohio, will be one of the controllers who will help track Santa on Christmas Eve at Canadian Forces Base North Bay — Canada’s NORAD headquarters.

While this will be Bisingi’s first time on Santa watch, Bisigni remembers NORAD tracking Santa as a child and how exciting it was. “Honestly, it’s so special,” he said. “Even to this day, my wife still watches it. It’s an exciting time in our household.” 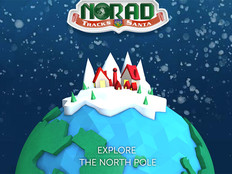 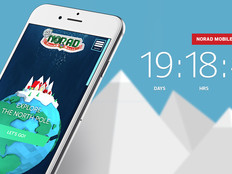 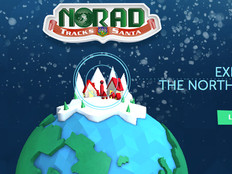