The Army is in the middle of a transition away from legacy data centers and toward the cloud.

As the service branch shutters data centers and transitions its applications so they can be hosted via cloud services, it is discovering that some apps just aren't capable of being put into the cloud, at least not right away. So, the Army is turning to a longtime Defense Department component to help manage those migrations: ALTESS.

ALTESS stands for Acquisition, Logistics and Technology Enterprise Systems and Services. As Federal News Radio puts it, ALTESS essentially serves as "something of a hybrid between a traditional data center and a cloud environment" and is operated by the Army in Radford, Va.

The DOD unit essentially serves as a staging ground for applications until their owners find new targets for them in cloud environments. It also helps modernize and sustain them and adds in cybersecurity services. As a result, legacy apps are not left behind, but ALTESS helps the Army maintain its push toward greater cloud adoption.

ALTESS says its mission is to provide full lifecycle IT solutions, support and services to its customers in secure environments. ALTESS says that its enterprise data centers serve millions of users around the world, supporting system environment needs for organizations throughout the Joint Forces, DOD and the Army.

In January 2017, in one of his last acts as secretary of the Army, Eric Fanning issued an 88-page directive designed to spur further data center consolidation after the Army fell behind on its goals. The highly proscriptive directive spelled out detailed orders to three-and four-star generals in the Army's headquarters and functional and geographic commands. The goal was to give specific orders that the Army would remain on pace to close 60 percent of the service's 1,200 data centers by the end of 2018 and 75 percent by 2025.

Former Army CIO Lt. Gen. Robert Ferrell told Federal News Radio in December 2016 that the Army had closed about 57 percent of its data centers since fiscal 2011 and would end up closing about 752 by Sept. 30, 2018. According to Ferrell, the Army's goal would be to reduce that number to 10 enduring sites, with six abroad and four in the continental United States - Fort Carson, Fort Knox, Fort Bragg and Redstone Arsenal.

"A lot of these Army application owners are being forced out of older data centers where their application's been running smoothly for years, but they have not been modernized at all. They just haven't been touched in years. Some of them are written on extinct software code," Tim Hale, the ALTESS director, tells Federal News Radio.

At that point, the Army contacts ALTESS, which conducts a detailed assessment of the app and lets them know of any security vulnerabilities it may have. If the Army does not have a systems integrator that already manages the app, ALTESS can perform that function, modernize the app and seamlessly move it to wherever the final hosting facility is, Hale says. That can be in the commercial cloud or an enduring government data center.

The Army does not plan on keeping ALTESS around when it finishes its consolidation. Fanning's memo designates ALTESS as a "modernization hub" for Army commands that is "available to facilitate Army application modernization support."

For now, ALTESS is a busy center of activity. "We grew more last year than we ever have," Hale tells Federal News Radio. "We grew about 20 percent from different customers that needed either a temporary or permanent facility."

Fanning's memo made it the responsibility of the application owner to move apps with their own funds, Hale says, "and none of them were really postured to be able to do that, no one had really budgeted for that. The reason that it's been a slow process so far is just purely because of resourcing to do the modernization."

The lift-and-shift process, in which agencies replicate in-house apps in the cloud without modifying their original design, "just doesn't work for 99 percent of the applications," Hale says.

If ALTESS does close down, Hale says that its missions will endure. Application owners, he says, will continue to have a need for cradle-to-grave services to modernize and sustain their apps after they're moved to the cloud, he says. 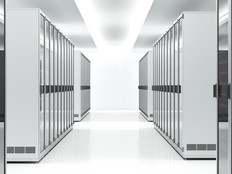 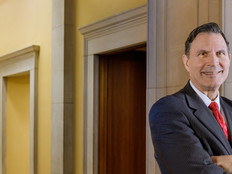