Practical, not sexy: That’s how federal officials see future government applications of the Internet of Things — although they do admit that they find some of the potential uses exciting.

At NASA, the use of sensors to detect when a device really needs maintenance, rather than just fixing things every three months on schedule, led to a savings of 2,000 man-hours, time that agency employees could spend doing something else.

“We’ve had a very practical application on a very mundane thing: maintenance,” said Jeff Seaton, NASA’s acting deputy CIO. “That’s one, not space-y, example, but it’s one that’s relevant to a lot of folks.”

Seaton was among the officials and experts who spoke at the AFCEA DC Internet of Things Technology Summit 2018 on April 24 in Washington, D.C., discussing how to buy, secure and best use IoT devices.

Agencies are running pilot projects ranging from installing simple sensors to creating smart military bases. The bottom line for all is not whether the devices are cool, but whether they are appropriate. “Will it support the mission better than anything we have right now?” asked Air Force CTO Frank Konieczny. “The ROI is mission-effectiveness.”

Getting to that point can be complicated, however. Security is one issue. As an agency uses more IoT devices, it creates more endpoints that need to be protected. Some devices come with built-in passwords that users might not be able to change, and there’s fear that devices may be infected with malware or other threats.

Mixing modern devices with legacy equipment is also a challenge: They may not be instantly compatible, the legacy equipment may need to be adapted, and the new gadgets may be too “smart” to work with older gear.

“Everyone is grappling with how to fold in pieces and parts into what they’ve already got in terms of architecture. Once you get something installed, you’ve only just started,” said Scott Tousley, deputy director of the cybersecurity division of the Department of Homeland Security’s Advanced Research Projects Agency.

And there are privacy concerns. Soldiers in Afghanistan unwittingly revealed their location via Fitbits connected to the internet. Buildings that are the sites of classified meetings could be detected as well.

“What happens when everyone walks out of a classified meeting? Everyone turns on their phones,” said Kevin Garrison, deputy CIO and director of analytics at the Defense Department.

“We used to be worried that the government was spying on us,” said Robert Hembrook, director of the cybersecurity division at the National Oceanic and Atmospheric Administration. “Now we pay people to spy on us,” he said, referring to the prevalence of voice-controlled personal assistants.

But the upsides are too good to overlook. Internet-enabled HVAC systems installed at Air Force bases help officials monitor energy consumption. Sensors on runways can detect dangerous debris that may have been overlooked, or make sure that the $18-per-gallon fuel used to power fighter jets is not wasted.

The devices can even monitor each other. “We have to make sure that whatever has been automated to do the dull, dirty, dangerous job is working right,” said Leslie Perkins, deputy CTO for the Air Force Information Dominance and CIO office.

The next step — an ongoing project — is to figure out how to use all the information gained from IoT devices in a way that makes sense, Konieczny said, and to make sure that knowledge helps the agency’s mission: “It’s not so much a cost-benefit analysis as it is an efficiency analysis.”

“Think of the IoT space as a work in progress,” said Edward Griffor, associate director for cyber-physical systems at the National Institute of Standards and Technology. “Threats are being created, but if we keep track of the reason we put it there, it will be a big help in the end.”

To find out about what federal IT leaders think about the procurement, security and deployment of IoT, check out FedTech's complete coverage of AFCEA DC's Internet of Things Technology Summit 2018. 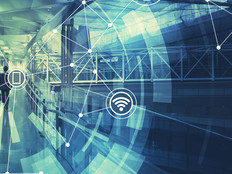 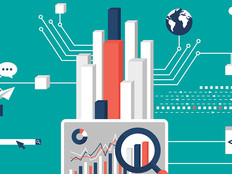 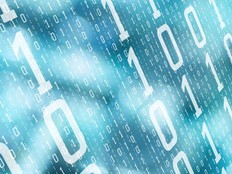