While some parts of the U.S. military are still using Microsoft’s outdated Windows XP software, the Department of Homeland Security is pushing on into the future, mandating that all of its components adopt Windows 10 this year.

The Transportation Security Administration is fully on board with that policy and is moving ahead with the transition, along with several other DHS agencies. TSA sees numerous security benefits from the migration.

In fact, the shift to Windows 10 is informing many of TSA’s IT decisions, according to CIO Russell Roberts.

“From a security perspective it gives us a lot of the opportunities to give us some of the hunt tools that we need to have out there for Windows 10,” Roberts tells Federal News Radio. “It should be a significant enhancement for the security. We are addressing the multiple tools to detect, monitor and respond and that all ties into Windows 10. That will help us with the new computers and all the end points out there.”

TSA has been working on its migration to Windows 10 since 2016. Roberts tells Federal News Radio that he expects to finish the transition by the end of 2018.

Barry West, acting deputy CIO and the senior accountable official for risk management at DHS, said at the GITEC Summit 2018 in April that DHS CIO John Zangardi had issued a policy to all agency components, telling them to complete Windows 10 migrations this year.

West said that TSA, the Federal Emergency Management Agency and Immigration and Customs Enforcement were “way along” on their Windows 10 implementations, as is the Coast Guard. Some DHS components were behind, West acknowledged. However, he said migration is a “key priority” for the agency.

TSA’s adoption of Windows 10 comes shortly after it completed a laptop and desktop refresh, according to Federal News Radio. The agency is changing some of the images on the machines to make sure they meet IT security requirements, but in general the migration has not been difficult, Roberts says.

“For us, this is mainly blocking and tackling,” he says. “We aren’t having any major problems with that shift ourselves.”

West said at GITEC that DHS is also in the process of moving to Microsoft’s Office 365. TSA is considering moving to the productivity suite for cloud-based disaster recovery and records management tools, according to Federal News Radio.

“My main drive is to get performance and improvement to my customers quicker and [Software as a Service] is a beautiful model for that,” Roberts says. “A lot of the stuff we do isn’t so unique that we can’t use open source and leverage what others are doing throughout the department. The task that I’m right in the middle of now is to figure out of all those mission apps which ones make sense to work now and are easiest to move.” 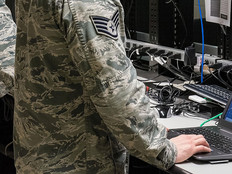 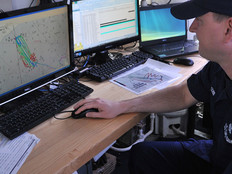