The headquarters of the National Security Agency at Fort Meade, Md.

With troves of sensitive national-security data, one might think that the nation’s intelligence agencies would be reticent to store that data in cloud environments. The opposite is true.

Two of the leading intelligence agencies, the CIA and National Security Agency, are turning to cloud services to house their data, and they think it can be done securely.

Moreover, officials say, moving to the cloud will help the agencies accomplish their missions more effectively and improve cooperation among agencies in the intelligence community.

The CIA sees the cloud as a more effective way to house sensitive intelligence data. The NSA is steadily moving its data to an environment that combines NSA technology with commercial cloud tools, and it’s making that technology available to other intelligence agencies.

CIA Sees Cloud as a Secure, Streamlined Option for Data

The CIA is a stickler for security, which is why it trusts the cloud.

“Security is an absolutely existential need for everything we do at the agency — the cloud on its weakest day is more secure than a client service solution,” Sean Roche, associate deputy director at the CIA’s Digital Innovation Directorate, said at an industry event in Washington, D.C., last month, according to Nextgov. “Encryption runs seamlessly on multiple levels. It’s been nothing short of transformational.”

The cloud is the way forward for the federal government, in Roche’s mind. He said he sees it as a streamlined, user-friendly option compared to the “cacophony” of legacy systems at agencies, which IT specialists are “desperately” trying to upgrade, Nextgov reports.

Agencies often fall behind on cybersecurity when they try to bolt on new IT security tools and software to legacy systems, Roche said, especially when different IT team members are not aware of how those systems are configured.

“It takes too much time,” he said. “Commercial and private companies doing no business with the government have to have an on-ramp in.”

Meanwhile, the NSA also sees great potential in the cloud. The signal intelligence agency has moved most of the mission data it collects, analyzes and stores into a classified cloud environment called the Intelligence Community GovCloud, Nextgov reports. The IC GovCloud serves as an integrated “big data fusion environment” that allows NSA analysts to rapidly “connect the dots” across the agency’s data sources, NSA CIO Greg Smithberger tells Nextgov in an interview.

“To maximize our ability to rapidly fuse data and bring the most relevant information to our analysts as quickly as possible, while still protecting need to know, we created a custom big data fusion environment, using a combination of NSA inventions and commercially developed technology,” Smithberger tells Bloomberg Government.

The data that goes into that environment is carefully tagged so the NSA knows how sensitive it is, and all the users in the environment are specifically authorized to see only certain types of data, according to Smithberger. Further, he tells Bloomberg, “the big data analytics fusing data across the entire data lake only deliver to any individual the subset of the results that individual is authorized to see.”

Although the system is a bit complicated, it allows the NSA “to strike the right balance between data fusion and need to know, while also ensuring that every type of data is handled in compliance with the appropriate U.S. laws and policies,” Smithberger tells Bloomberg.

Although the customized environment was originally designed to address the NSA’s needs, the agency has now made this technology available to the entire intelligence community as part of the Office of the Director of National Intelligence’s Intelligence Community IT Enterprise, or ICITE.

This shared environment is the IC GovCloud. “The same mechanisms that enforce need to know and compliance within NSA’s mission have also proven effective across IC agencies, even though the governing laws and policies differ across agencies,” Smithberger tells Bloomberg.

“The NSA has been systematically moving almost all its mission into this big data fusion environment,” Smithberger tells Nextgov. “Right now, almost all NSA’s mission is being done in [IC GovCloud], and the productivity gains and the speed at which our analysts are able to put together insights and work higher-level problems has been really amazing.”

The IC GovCloud accelerates the work of human analysts by augmenting it with machine learning and algorithms, according to Smithberger. “This environment allows us to run analytic tools and do machine-assisted data fusion and big data analytics, and apply a lot of automation to facilitate and accelerate what humans would like to do, and get the machines to do it for them,” Smithberger says.

Analysts, he says, can “interactively ask questions” of the data in the cloud and receive data in “humanly readable form.” 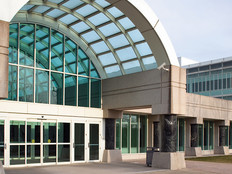 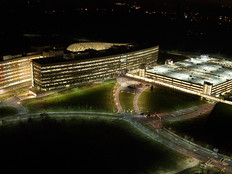