Aerial photograph of the headquarters of the National Geospatial-Intelligence Agency in Springfield, Va.

The intelligence community can always use more technological capabilities as it seeks to conduct espionage and ferret out national security threats.

That’s a key reason why last month the IC struck an agreement with Microsoft to use the software giant’s Windows 10 platform and Cloud for Government, including Office 365 U.S. Government and Azure Government. As Bloomberg News reports, “Microsoft’s new deal renews and expands a previous agreement” between the Office of the Director of National Intelligence (ODNI) and Dell, which licenses Microsoft’s products to the federal government.

In an interview with Federal News Radio, John Sherman, CIO in the ODNI, says that the agreement not only gives the nation’s 17 intelligence agencies access to cloud-based productivity services via Office 365 but cognitive computing capabilities in Azure. The cloud platform enables the IC to more rapidly adopt artificial intelligence, which has been a key area of focus for the country’s spy agencies.

Under the agreement, each agency can choose whether and when to adopt Microsoft’s cloud, Dana Barnes, the vice president of Microsoft’s national security group, tells Bloomberg.

Sherman has made clear that the intelligence community will not be locked into any one vendor and will continually go in search of new IT capabilities to fulfill its mission.

“One of the things I’ve got clear guidance on is we will always be looking for new technologies, new industry capabilities on cloud computing,” Sherman tells Federal News Radio.

“One of the priorities we have in the IC is to move to artificial intelligence and machine learning, and this cloud computing foundation is absolutely critical in getting us there,” he notes. The Microsoft platform is “complementary to the broader arrows in our quiver.”

Indeed, Toni Townes-Whitley, Microsoft's corporate vice president of industry, writes in a company blog post that the deal “positions Microsoft to help the IC achieve its mission at home and around the world with a trusted cloud and modern workplace solution that keeps critical data secure, while delivering advanced capabilities including artificial intelligence, machine learning and large-scale data analysis.”

Among the capabilities Townes-Whitley touts for Microsoft’s Cloud for Government platform are “the power of deep learning across applications, through Microsoft’s AI solutions such as Cognitive Services.”

Under the deal, the IC will have “access to Azure for some types of cognitive services” says Sherman. The inclusion of Microsoft along with other cloud services means that executives, operators and analysts within the IC will be able to analyze information and make decisions even faster.

Sherman says that there are “some eye-watering things we are doing” on counterterrorism, as well as following state and nonstate actors “who mean to do this country harm.” The IC can now stay ahead of those threats more readily, he says, whereas two decades ago analysts like Sherman would be looking at satellite imagery and “would have to feed this into a very manual process.”

“We are at a very different place now to have to stay ahead of the reams of data that come in from all the different intelligence collectors,” he says.

In addition to AI capabilities, the intelligence community is turning to Microsoft for more prosaic cloud-based office productivity tools.

“After recent Windows iterations here, we were under the impression that there would not be any more [Office] offerings like they used to do,” Sherman tells Federal News Radio.

“We are excited about what Microsoft products and services we can leverage, and O365 is a real coin of the realm capability that all 17 agencies need and this was almost a no-brainer for us to leverage it this way and have a software-as-a-service capability like this,” he says, referring to Office 365.

To ensure world-class security, Azure Government’s eight geographically distributed, highly available government-only data center regions host no commercial data, according to Townes-Whitley. Only U.S. federal, Defense Department, state and local governments and their partners have access to this dedicated instance of Azure, which is operated by screened U.S. persons. 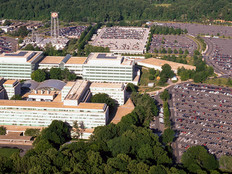