What intelligence agency wouldn’t want more help sifting through intelligence information? It turns out, none of them.

Technology leaders at several of the nation’s leading intelligence agencies say they are investing heavily in artificial intelligence to help augment the skills and knowledge of their analysts.

At a time when the Internet of Things is generating more data around the globe, intelligence agencies are being swarmed by information. To help them make sense of it all and deliver recommendations to policymakers, they are pouring money into AI pilot projects.

At the same time, intelligence leaders caution that AI cannot and should not replace the role of the human analyst. Instead, as many in government and industry have argued, AI can help enhance the work of humans.

“We have to be much more data-centric, much more savvy in how we handle data,” Melissa Drisko, the Defense Intelligence Agency's deputy director, said last month at the Intelligence and National Security Summit in Washington, D.C., according to FCW. “There are secrets there that we got to find. It's how do you find those.”

Dawn Meyerriecks, the CIA’s deputy director for science and technology, says she is less worried about rival countries using AI to get a step ahead of the United States than about getting U.S. leaders to believe what AI is telling them, Defense One reports.

“If I want to increase [certainty in a particular AI-aided assessment] what goes into it?” she said at the conference last month. “What do I need in order to make a really good assessment on the back-end because that tells me what sort of collection I need to raise confidence to go address national leadership?”

Defense One reports that these test projects “include everything from automatically tagging objects in video (so analysts can pay attention to what’s important) to better predicting future events based on big data and correlational evidence.”

“Can we back into correlations with cause and effect that will allow us to be more predictive with what’s about to go down, like the North Koreans are about to launch this or about to do this. We have that in pockets,” Meyerriecks said.

Maintaining the Role of the Human Intelligence Analyst

While intelligence agencies are investing in AI capabilities, officials say they will not lose sight of the importance of the human analyst.

“As we’re looking at algorithmic analysis, artificial intelligence, machine learning, we’re finding [that] we’re having to examine what the role [is] of the human and the analyst,” Drisko said, according to FCW. “It’s kind of scary … but what’s the role, what do we look like in 10 years … and even as we try to define it does that make [the role of the analyst] obsolete.”

National Geospatial-Intelligence Agency Director Robert Cardillo said at the summit that “the bedrock of our profession is credibility, it is trust,” and that means keeping human analysts involved.

“We’ve got to hold on to credibility or we’ll lose our lifeline," he said.

Navy Adm. Michael Rogers, the director of the National Security Agency and head of U.S. Cyber Command, said at the event that increased use of AI does not mean agencies should abandon human intelligence. “I don’t see us abdicating everything to a machine,” he said. "I see us asking ourselves, ‘So where does [using] this technology make sense.’” 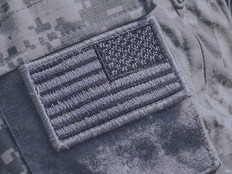