The intelligence community is getting a new, permanent CIO. On Aug. 18, the White House announced that President Donald Trump would nominate John Sherman to be CIO in the Office of the Director of National Intelligence (ODNI).

As The Wall Street Journal notes, Sherman replaces Raymond Cook, who left the post in January after holding the position for two years under former President Barack Obama. Then, Jennifer Kron took over the CIO role on an interim basis. However, she just formally left ODNI to go on detail with the National Geospatial-Intelligence Agency (NGA) in Australia, where she will work with the Australian government to set up a new office of national intelligence and improve information sharing, Federal News Radio reports.

If Sherman gets confirmed by the Senate, as excepted, he will have a lot on his plate, including managing the IC Information Technology Enterprise. ICITE is a platform of nine shared services, from security to networking, email and virtual desktops, all delivered via a private cloud.

Sherman knows his way around the intelligence community — he’s a 20-year veteran of the IC. He currently serves as the deputy director of the CIA’s Open Source Enterprise, where he has been involved in incorporating open-source intelligence and capabilities into ICITE. Sherman previously served in senior executive positions at NGA.

Here are what will likely be Sherman’s top IT priorities.

Expand the Use and Capabilities of ICITE

At the top of the priority list is ICITE, which ODNI started in 2012. As Federal News Radio notes, ICITE’s goal is “standardizing the IT infrastructure for all 17 intelligence agencies at the [Top Secret / Sensitive Compartmented Information] level to improve efficiency, information sharing and cybersecurity.”

Sherman is already deeply familiar with ICITE, given his work at the CIA. Intelligence agencies have made progress on moving away from siloed IT environments, and it will be Sherman’s job to help shepherd that process along.

However, moving from legacy infrastructure to a new cloud and cross-IT environment will take years, as FedTech recently reported. Staffers are not required to use ICITE, though Kron told FedTech IC employees may be unknowingly using aspects of it, such as its identification and authentication services. Instead, the IC is migrating its legacy systems during normal refresh cycles.

Still, there are clear signs of movement toward a more shared IT operating environment. For example, the National Security Agency offers a government-provided cloud, or GovCloud, Nextgov notes. Additionally, the publication notes, the Defense Intelligence Agency and NGA are partnering to provide a desktop environment service to the IC, which tens of thousands of users have joined over the last few years, as Federal News Radio reports.

ICITE may also become more broadly accessible. In August, Kron said the IC is working on a “multi-fabric initiative” to identify which services can be made unclassified, FCW reports.

Sherman will need to keep the momentum moving forward on streamlining the IC’s technology environments.

What’s Next for Intelligence Community R&D?

As FCW reports, the IC’s CIO also “has procurement authority across intelligence agencies when it comes to enterprise architecture, and is authorized to weigh in on IT procurement of all types while having a voice in R&D efforts to make sure they align with the overall goals of the intelligence community.”

The Trump administration has signaled that increased physical and cybersecurity are among its tech R&D priorities, a directive that will likely impact the intelligence community.

“Agencies should invest in R&D to increase the security and resilience of the Nation’s critical infrastructure from both physical threats and cyber-attacks, which have increased rapidly in number and complexity in recent years,” according to an Aug. 17 memorandum from Mick Mulvaney, director of the Office of Management and Budget, and Michael Kratsios, deputy assistant to the president in the Office of Science and Technology Policy. 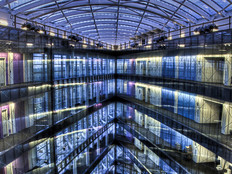 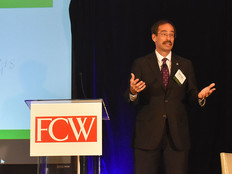 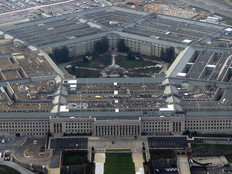