When the President's Management Agenda was unveiled in March, IT modernization was a central element of the plan. The Office of Management and Budget says that the government is hitting its targets for modernization under the PMA.

The plan has three main pillars:

As FedScoop notes, the PMA created "a set of cross-agency priority (CAP) goals, which focus on collaboration to achieve a series of goals that are linked between the pillars."

As of the end of the second quarter of the calendar year, the government appears to be on target for hitting the CAP goals for IT modernization. As FedScoop separately reports, the latest progress report on the goals was published late last week on Performance.gov. Federal CIO Suzette Kent and Steve Censky, deputy secretary of the Agriculture Department, are responsible for the IT modernization aspects of the PMA.

The report card says that the government is on track for key initiatives, including enabling agencies to use "the full benefits of secure cloud-based computing solutions to strategically drive mission objectives," driving technology modernization projects through the Technology Modernization Fund, and implementing "nimble, risk-based decision making to drive effective and cost-effective utilization of commercial technology." 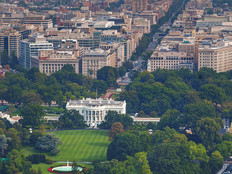