Over the next three to six months, the Department of Homeland Security will launch a new cybersecurity risk score for agencies.

Agencies will be able to use this risk scoring approach to improve cybersecurity hygiene, the report adds. “The idea there is that we’re going to be able to take a look, agency by agency, to see how well agencies are doing with patching, configuration, etc., and be able to help ultimately get down to the system level as well,” Kevin Cox, the CDM program manager, said at an ATARC event in late August, according to MeriTalk.

DOWNLOAD: Read this white paper to ensure your agency is not the next cybersecurity headline!

DHS to Bolster Cybersecurity for Agencies Under CDM

The federal dashboard, which gives DHS an enterprisewide view of real-time threats across government, has been upgraded to a new version, “Release 5,” and DHS is working to upgrade each of the individual agency dashboards to the same release, according to MeriTalk.

Those agency dashboards inform data on the federal dashboard and help direct daily operational government cybersecurity activities. Given that, Cox said, it is important that those dashboards be optimized to receive the best information.

“We are working to make those agency dashboards even more useful to the agencies,” Cox said. “We’ve been working really diligently to make sure that with each new release of the dashboard, that we’ve got performance improvements and we’ve got reporting improvements.”

Another key part of the upgrades is the rollout of AWARE, which will serve as a score to show agencies where they stand in terms of cybersecurity preparedness. It will be “similar to a credit score,” Cox said at the event, but in reverse. The lower the score, the smaller the agency’s attack surface, according to MeriTalk.

“We want to help agencies identify their overall security posture, cyber hygiene as quickly as possible,” he said.

Chris Jensen, Tenable’s federal business development and capture manager, writes in a blog post that AWARE “is an evolving concept intended to drive CDM toward the goal of improving the way the government measures its cyber risk — that is, the degree to which known vulnerabilities continue to provide an unprotected attack surface for potential adversaries.”

AWARE, Jensen writes, will “continue to be refined in subsequent releases, increasingly taking mitigation and other relevant factors into account.” He notes that the “initial release represents an important step toward the overarching goal of sharpening the federal focus on performing basic cyber hygiene,” such as “making sure that software, applications and operating systems are promptly and regularly updated with their most recent versions.” 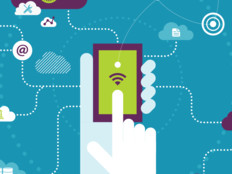