More and more agencies are experimenting with blockchain, including the Centers for Disease Control and Prevention and the State Department. At the Department of Health and Human Services, which has been historically decentralized, blockchain could help transform the agency’s approach to acquisition.

HHS is testing the digital ledger technology as a means to give its contracting officers greater visibility into the agency’s acquisition function. The goal is to cut down the length of the acquisition lifecycle, as well as promote better decision-making on contracts, saving time and money.

And HHS wants to use the approach, which combines blockchain with artificial intelligence and robotic process automation, for not just acquisition but other administrative processes, as well.

DOWNLOAD: Find out how your agency can achieve digital transformation in CDW's Insight Report!

The new program is called Accelerate and HHS is piloting blockchain technology for acquisition as part of it, Jose Arrieta, associate deputy assistant secretary for acquisition at HHS, said last month at the Red Hat Open First event.

“We’re using blockchain as an infrastructure layer,” he said, according to Federal News Radio. “And then we’re using a microservices strategy off that infrastructure layer to use RPA and use machine learning to automate the process and create deeper analytical insights. We’ve done it with static acquisition data.”

HHS has taken the contract writing data from five different contract-writing systems and given contracting officers visibility into all of the data, which covers about $26 billion in annual spending across around 100,000 contracts. HHS has 11 different operating divisions.

As Federal News Radio reports, the system “then uses machine learning to cleanse the data, which involves finding and correcting incomplete or inaccurate data. That data is then entered into Hyperledger Fabric, a blockchain operating system. HHS then built in microservices to represent the acquisition lifecycle.”

In theory, this allows all contracting officers to get access to the same data and then make more informed contracting decisions based off of it, delivering savings to HHSA in both time and money. According to FedScoop, HHS hopes to cut the average acquisition’s lifecycle from 200 days to just 90. The system uses an interface created with human-centered design that HHS tested with employees to make sure it was easy to use, FedScoop reports.

Although centralizing the acquisition process cuts against HHS’ culture, Arrieta said there are clear benefits. “We can take all the data that’s coming in through the engagement with industry in our blockchain, we can take all the historical spend data and the structured and unstructured data in those 100,000 contracts, I can pre-populate acquisition plans and market research documents,” he said, according to Federal News Radio. “So, they can read it, and write out their risk and objectives.”

The system can let contracting professionals know if they can get items at a cheaper price from a different vendor. “We’ve actually built that functionality to push that data back to our contracting professional,” he said. “And we haven’t disrupted or changed the systems they use to do their business. We’re just kind of leeching off of them right now.”

Arrieta said he expects to have full authority to operate the Accelerate system before Thanksgiving.

“The reason we’re able to talk about what we’ve done is we’re using the blockchain layer and we’re using the machine learning with static data,” he said, Federal News Radio reports. “If we get that authority to operate before November, what it will allow us to do is have data that updates regularly from the contract-writing systems. And that will make it more dynamic. But we’re still able to do proofs and prototypes with static data.”

If HHS receives a full authority to operate, it can then take live data from the contract-writing systems to see if it can scale up its services, according to FedScoop. “That’s really exciting for us,” he said.

MORE FROM FEDTECH: Discover why feds should look to Bolzano, Italy, to learn about blockchain!

Use of New Technologies Goes Beyond Acquisition

Arrieta made clear at the event that the new model can be used for more than just a streamlined acquisition process.

“We think the model that we’ve built is the operational model for administrative management functions across the department,” he said, according to FedScoop. “We are currently going to start to implement it in other areas. So, this just isn’t a model for acquisition.”

Arrieta credited Oki Mek, HHS’ emerging technology strategist, for the progress the project has made after starting as a $150,000 prototype, FedScoop reports.

The new model combines the benefits of AI, blockchain and automation, and Arrieta said he thinks it can be easily applied to other business functions.

“I could be wrong, but it gives us the ability to take the best of AI, the best of data management and an immutable record, blockchain, and apply them,” he said. “What is administration and management? It’s making an accurate dataset and using that dataset for reporting, for analytics, for processing.” 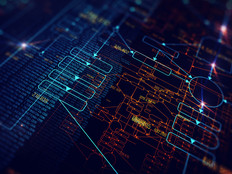 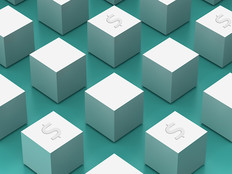