The public sector has a responsibility to protect its citizens, provide services and help the economy prosper. However, we find that strong relationships between the government and its people are at a standstill, as the government has been unable to offer its constituents what they need in terms of innovation and communication.

Next-generation citizens are looking to governments to change the way they provide services and to adopt more forward-looking mindsets. By building a strategy of anticipation and choosing the correct model to leverage it, governments are now refining their core competencies and planning for growth and innovation to meet the needs of the next-generation consumer.

This results in governments focusing their daily efforts on new investment opportunities, including purchasing new smarter technologies. With new technologies, governments can coach and encourage skilled employees to pursue new job opportunities so that they remain engaged in their work.

Blockchain is a decentralized database that consists of “blocks” or containers that contain time-stamped and valid transactions and are linked to previous blocks in a data chain. Blockchain is a digitized and automated technology that is considered tamper-proof, since anyone can verify that a transaction has been made (a user’s signature is attached). Only the user, though, can unlock the container to get access to the data. Blockchain allows all parties to a transaction to keep track of it via a secure network, with no need for third-party verification.

I’d like to highlight the adoption of blockchain in Bolzano, a small region of South Tyrol in Italy frequently plagued with lengthy official procedures but determined to change its information structures with its “Agenda Digitale Italiana” initiative. There’s a lot federal officials can learn from this blockchain deployment.

Bolzano’s government shifted to the cloud and blockchain helped the government become more efficient. To become leaders, agencies must shift their thinking to prioritize the cloud and blockchain technology as a more efficient way to manage a multitude of tasks. Governments around the world are starting to realize this and change the way they operate, and have begun to enjoy tangible improvements to their organizations.

In July 2017, the city of Bolzano used a blockchain-based app that made visiting local authorities more efficient for officials and local residents.

Public government authorities had previously been weighed down by excessive paper processes and document storage. Copies of documents were piled in cabinets and duplicates were stored on hard drives or servers. The public sector in Italy needed a secure cloud platform to store all of its documents and records.

To replace the tedious manual scanning of documents, Bolzano’s government implemented a blockchain solution that enabled offices to store a digitally approved copy on a distributed database, which was available to any approved employee, regardless of their physical location. The end goal was to create a clean, fast and forgery-proof system. The local government even went a step further to create an infrastructure that provides access to those documents to all authorities in Italy.

Blockchain’s principle of trust replaces the endless cycle of manual approvals and filing systems. The app allows officials to create singular documents per approval process and scan the documents on the spot, allowing for officials to have more time to discuss government issues with citizens.

Governments must adapt to incorporate more real-time data and analytics into their everyday business processes, as well as expand technologies they use to meet a more digitalized economy.

The cloud allows agencies to make data-driven decisions in real-time through cloud technology. This can translate into a series of actions agencies can take, including adopting the blockchain method, tracking taxpayer money, managing voting online, streamlining decision-making and building a digital workforce.

In building a digital workforce, governments should emphasize the importance of wanting to learn how to use new technologies, and how citizens can change and adapt to innovative technologies, such as those offered through the cloud.

Smart technologies allow for governments to build out an agile workforce, resulting in employees who are engaged, effective and want to learn more. Offering new technologies for employees allows for faster training, new learning programs and management in a timely manner.

As executed in Bolzano, blockchain is among the innovations promising agencies the highest levels of trust and program efficiencies. Blocks of protected, secure data in the cloud are supporting transactions between multiple parties to generate a new level of productivity.

Apps, such as blockchain, allow for government processes and documents to be monitored online. Using blockchain and distributed ledgers allows governments to track public spending in areas such as taxes, student loans, fundraising and grants. While online voting has yet to be widely adopted due to security flaws, blockchain could provide an ideal method for streamlining this incredibly complex process and allow increased accessibility for all citizens to cast their vote.

Overall, the public sector has the ability to significantly improve its workflow and efficiency by using new digital technologies like blockchain. 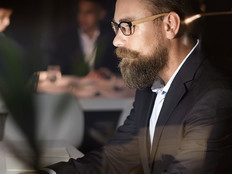