The HP Z400 entry-level desktop computer is designed to help IT departments and users make the transition from traditional PCs to workstations.

The HP Z400 entry-level desktop computer is designed to help IT departments and users make the transition from traditional PCs to workstations.

Having an HP Z400 workstation is kind of like having your own server. When evaluating any computer, you start with the processor: a quad-core Intel Nehalem Xeon 3500 series. Ordinarily, when you hear Xeon processor, you think data center. But there it is in a workstation box.

Four cores means that while you’re rendering two 3D designs with two of the cores and writing a report on the third, the fourth processor can buzz away doing antivirus scans and other tasks the IT department typically requires of you. No more daily computer freezes when “the IT guys are pushing their updates.”

This also means you can get more done more quickly, leaving time for projects that might have otherwise fallen by the wayside. Consider a project milestone reviewer who, after reviewing a project deliverable, has to crunch a lot of numbers to see if the project’s within cost variance. With a single-core computer, the crunching has to be completed one iteration at a time. With four cores, the user can look at four different scenarios at once.

Another feature that typically is found in server-based computers is error-correcting code (ECC) memory. Applications and their data are loaded into memory, which on a typical PC has the potential for errors. If this occurs in the app code, the app crashes unexpectedly. If it happens in the operating system code, the whole computer crashes.

Servers (and the HP Z400 workstation) use ECC memory, which detects and corrects memory errors on the fly. This means the chances are less likely that a devastating event will occur at the end of an eight-hour rendering session, ruining a whole day of hard work. You can also put up to 16 gigabytes of ECC memory in the HP Z400 to take advantage of new 64-bit applications.

As you’d expect, the HP Z400 can be equipped with a variety of high-end graphics cards. We tested two Nvidia chip set cards: one with a Quadro FX 380 and the other a Quadro FX 1600, using the 3DMark06 benchmark tests. The FX 380 earned respectable scores around 1,150; certainly good enough for users who are primarily interested in more processing power. But for those who need high-end 3D performance, the FX 1600 scored an excellent 3,700-plus, smoothly displaying all the tests at a high frame rate (30-plus per second).

For those of you who need enough monitors to light up a room, the HP Z400 can be equipped with a quad-head graphics card for up to six-monitor support. No more hunting through the 32 taskbar icons you have open: Keep the six top apps up in front of you, if that’s what you need. Just make sure you apply a little sun block first.

With all this talk of putting server-like workstations on power users’ desks, what about the good folks who support them? The HP Z400 has some nice features in store for them, too, such as application/driver compatibility, performance-enhancing tools, solid construction and HP support.

To keep your users’ computing environment running like a well-oiled machine, it’s likely you often receive driver updates from various vendors for the different components in the computer: chip set, graphics card and network adapter. When you apply these updates, suddenly your CAD engineers are complaining that their application is exhibiting strange behavior. What gives? You’ve probably downloaded and installed a driver from the graphics-card manufacturer that wasn’t fully tested in that CAD application. Wouldn’t it be nice for someone to do that testing for you and let you know what driver versions you should be using to keep your engineers happy?

Of course it would, and with this workstation, HP does just that. New drivers for the HP Z400 don’t come from individual manufacturers; you download them from HP. The drivers also aren’t mirrors of the manufacturers’ driver files; HP has created them (based on original manufacturer files) specifically for the HP Z400. Further, the drivers aren’t certified just for your workstation; they’re certified for your applications as well.

All HP Z400 workstations come with the HP Performance Tuning Framework (PTF). Besides showing you which drivers are compatible with your applications, the PTF also offers expert advice about how to optimally run your applications. You can view the hardware/software inventory in one window, and you can have it track an individual application’s use of resources. It’s like having a performance-tuning engineer on staff who works for free.

Although the HP Z400 starts out at around $1,000, the price increases quickly based on configurations for specific needs. The test model ended up around $2,000 — quite a bit more than you’d pay to equip most office workers — and it goes up from there. But the return on investment isn’t hard to fathom if your workers really push their machines and can instantly double their results through multicore or high-end graphics technologies.

All of this performance-tuning capability screams for a managed solution. What happens if you have a dozen or more of these workstations and you want to keep them in sync? HP’s System Software Manager can update and monitor software and application/driver compatibility of the workstations from a single screen. But — no surprise — this costs extra.

For graphics-intense applications, it’s going to be all about the graphics cards. If you’re in the business of supporting such apps today, you probably already know how crucial they are, and more important, how much they’ll cost. Make sure the card you need is available in the HP Z400. You might need to consider one of its bigger siblings (the Z600 or Z800) for more power but, again, at more cost.

Finally, make sure the apps you use are on the list that HP is testing in the Performance Tuning Framework. The framework supports dozens, but yours may not be among them.

The HP Z400 workstation that was tested includes: 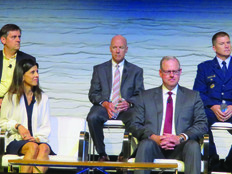 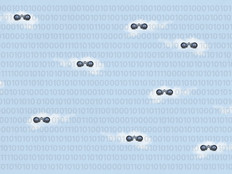 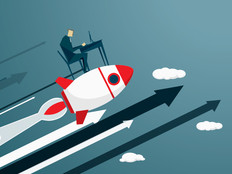