A data center typically has anywhere from a dozen to hundreds of rack-mounted servers, and running initial configurations on those servers can be difficult without a keyboard, monitor and mouse. With a KVM switch, administrators can use a single keyboard, video monitor and mouse to manage multiple servers.

However, standard KVM switches require their own patch of real estate in the data center — a separate place to set the keyboard, monitor and mouse. A KVM/LCD console such as the Iogear device combines a KVM switch with an LCD monitor, compact keyboard and track pad in a single, 1.75-inch module. When the console module slides out of the rack, the LCD monitor can be raised into position. The console requires no more than 1U of rack space, which means the IT staff can mount servers immediately above and below the unit.

The Iogear device is an eight-port KVM switch with an LCD monitor and cables (there is also a 16-port option). The standard kit includes four USB cables and four PS/2 cables, but versions are also available with eight USB or eight PS/2 cables.

The Iogear console has a nice, tidy appearance. IT managers can switch from server to server by using buttons on the console, on-screen display or hot keys. Eight dedicated LCD lights indicate which port connects to which server.

There are USB ports on the front edge of the unit for a mouse and another on the console for an auxiliary device. The keyboard includes dedicated KVM hot keys, and there is a port for software upgrades to the console. The unit also has the usual LCD controls and an excellent 17-inch 1024x1280 display. The keyboard is more than adequate, sporting full-travel keys. The track pad works well and has a good feel on the buttons. For those who prefer using a mouse, there’s enough room in front of the keyboard to plug one in.

IT managers can switch between servers easily using the switch buttons or the keyboard. The selected server is shown via LED, and also appears on the monitor for the first few seconds after the system switches from one server to another. IT managers can name each server so that the on-screen display shows the server name rather than its number.

Administrators can also configure a login name and password to keep unauthorized users from accessing the systems. By securing access to the servers during the boot process, intruders are prevented from circumventing login on the servers.

The real benefit to an IT staff is that the Iogear system combines the features of a KVM switch with a foldaway monitor and integrated keyboard, reducing the space required for management equipment, which then increases the number of servers that can be installed in a rack. When the switch is put away, the rack is neat in appearance, and when it’s opened, the rack is still neater than it would be were a monitor set on a separate table or inside the rack on top of a server.

One minor disadvantage of the GCL1816 is that when the LCD monitor is deployed, it can block access to the front of the servers above the drawer. IT managers can get around this by simply tilting the monitor forward to reach the units.

Beyond this, the only real disadvantage to a console KVM is its price, which can be more than $1,000 compared with a few hundred dollars for a stand-alone eight-port KVM with cables, a monitor, keyboard and mouse purchased separately.

Although the Iogear KVM console costs more, the greater number of servers its small footprint accommodates may justify its purchase for a growing data center. And its neater, more professional appearance will appeal to an IT department that anticipates having regular visitors. All this combined with secure login makes the Iogear console a compelling purchase.

Here are some questions to ask before buying a KVM console.

Is it a complete console, with monitor, keyboard, trackpad and KVM switch? Some consoles may be only the monitor, with a place to set the keyboard and KVM switch, but the other parts are not included.

How many ports does the unit have? Most KVM consoles have either eight or 16 ports. If you’re close to having eight systems, get the 16-port version — it’s much cheaper than two eight-port consoles.

Does it include cables? While the Iogear console includes cables, many KVM products don’t. Because each cable can cost $30 or more, eight or 16 cables can add substantial additional cost to the total, not to mention having to find and order the separate parts.

Which kind of cables do you need? Many newer servers have only USB ports, and no longer include PS/2 ports for keyboard and mouse. You’ll need the right cables for your servers. Iogear offers a kit with all PS/2 cables, a kit with all USB cables, and one with a mix of half and half. 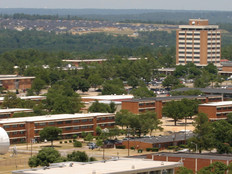 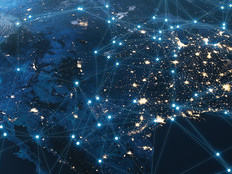