This an excerpt from the Continuity of Operations white paper.

Government organizations often take a document-centric approach to their missions. For example, applications for benefits, insurance and healthcare all require forms, both online and paper. Within many agencies, case management systems are still largely paper-intensive. In the course of facilitating field reports, taxes, fees, fines, licensing and permitting, and land and vehicle registrations, government agencies generate billions of documents.

Recent studies have found that documents and unstructured data are growing 30 percent per year among large organizations. These documents exist in three forms: paper, unstructured electronic (such as PDFs) and structured electronic (such as those found in databases). Regardless of what form its documents take, an agency needs them readily available to conduct the daily activities of government. And it must also retain documents for archival and legal-compliance purposes.

The annual growth of documents and unstructured data.

These concerns make secure capture and storage of documents as well as access to the data they comprise crucial to continuity of operations. Agencies rely on document capture for the DR component of COOP because the process converts paper documents into digital versions they can then back up along with their other data.

IT staffs also depend on document management to maintain the high availability and application performance components of COOP. Document management gives organizations a way to tag and categorize data contained in unstructured electronic documents so that the needed information is more quickly retrievable.

Agency IT departments can take any of several routes to incorporating data storage into their COOP plans. Disk mirroring (simultaneously writing data to two physical disks) and redundant arrays of independent disks (RAID) are the primary technologies used for ensuring continuous availability of production data. Others approaches include the following.

Also known as hierarchical data storage, this strategy prioritizes data according to age or frequency of access. Production data sits at the highest tier, meaning storage on the fastest and generally most expensive level (typically solid-state disks or fast primary magnetic disks).

Depending on the array, this tier level can be broken down into several individual tiers, based on I/O performance. Such a breakdown might include solid state drives (SSDs), 15,000 rpm serial-attached SCSI (SAS), 10,000 rpm SAS and 7,500 rpm SAS hard drives.

As data moves from production to stored availability to archiving, the material moves physically to slower and less expensive media (generally, tape and optical). As a COOP matter, IT staffs may store archival data off of the production site.

A form of file system management, data deduplication improves application performance and reduces bandwidth usage, thereby increasing network availability. The basic concept behind deduplication is that it is inefficient to write multiple copies of the same data to storage. 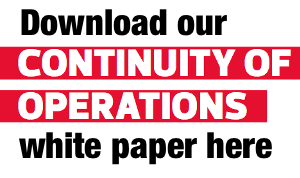 A prime example of this would be a Microsoft Office document that’s in the possession of two or more users. The IT staff only needs to write one copy of the file to storage or backup, with users having pointers to that single instance of the document. Several deduplication techniques exist. The primary differences between them depend on whether they operate at the block or file level and inline or post-process (after the data’s storage). Unstructured data and backup files are ideal candidates for deduplication.

This technique pools all available storage as a single resource that the IT staff can manage centrally. Storage virtualization inserts an abstraction layer that supports capacity and performance management, as well as data protection services, without the need to deal with the complexities of physical storage and multiple providers.